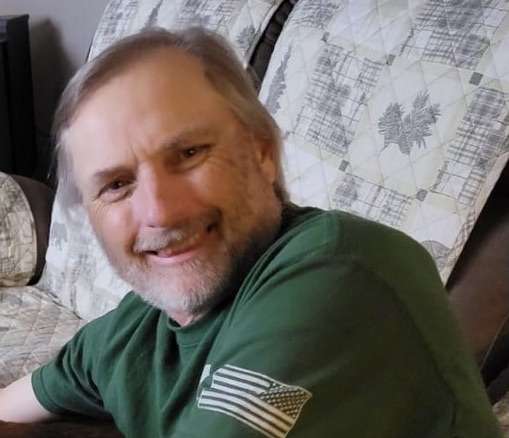 William “Jerry” Harmon 59 of Goldendale Washington passed away on Sunday April 3, 2022 after a valiant battle with pancreatic cancer.
Jerry was born in Enterprise Oregon February 9, 1963 to Richard & Twyla Harmon. After relocating with his family to the Clackamas County area at a young age, he attended school and became involved with the Clackamas County Sheriﬀ Explorers program. In 1985 he relocated to Tennessee to pursue a career in law enforcement. He began his career with the Memphis Airport Police in 1987 and was the very ﬁrst ever lateral transfer class in the history of the Nashville Police department in 1988. He was involved with several diﬀerent units including patrol, domestic violence, crime prevention as well as the Explorers program in Nashville. He greatly improved the Explorers program taking them to numerous competitions all over the United States. After 15 years he returned to Oregon to be closer to family where he became a school bus driver and eventually went on to be a Trimet driver & dispatcher before retiring in 2018 to pursue his own business as a General Contractor.
He is survived by a wife & son, His Father, 4 siblings & their spouses, An Aunt & her spouse, 8 Nieces & 3 Nephews (along with their spouses or signiﬁcant others), A Step-Daughter & Step-son (along with their spouse or signiﬁcant other), 13 great Nieces, 9 great Nephews and 7 grandchildren (6 boys &1 girl) who proudly call him Papa. He was proceeded in death by his mother in 2014.
A memorial service for Jerry will be held on Sunday, April 24, 2022 at 1:00pm, followed by a reception at Gresham Memoril Chapel ~ 257 SE Roberts Ave., Gresham,  Oregon 97080.