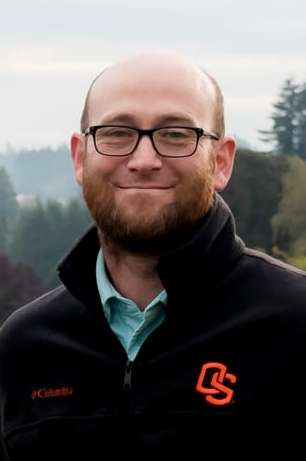 Scott Charles Wills, 39, of Happy Valley and formerly of Gresham, Oregon, died unexpectedly on Dec. 28, 2020 of a cardiac event.

Scott was born on April 13, 1981 in Wenatchee, WA to Chuck & Tina Wills. After his parents’ divorce in 1991, Scott’s mother Tina remarried in 1993 to David Ide. Scott graduated from Barlow High School in 1999 where he was a four-point student, valedictorian, and a three-sport letterman. Scott loved competition and enjoyed a wide variety of sports throughout his childhood, high school, and college. Scott met his wife Kara Pattison on the crew team at Oregon State University.

Scott graduated from Oregon State with a bachelor’s degree in Chemical Engineering and soon after obtained his master’s degree in Chemistry. Scott worked his entire post graduate career at Microchip in Gresham as a chemical engineer.

Scott and Kara married in 2005 and have 2 children, Ben (10) and Avery (7). Ben and Avery meant everything to Scott.  He was an amazing husband and father.

Scott was full of fun and loved to organize Fantasy Football drafts, Hood to Coast Relay teams, vacations to Bend, and many more adventures. His family trips to Disney were epic.

Scott is survived by his wife, children, parents and siblings Jaclyn Padilla (JJ) of Sandy, Brian Wills of Albuquerque, Julie Estep (Matt) of Troutdale, Rachel Ryan (Andrew) of Newberg.  Scott has a large extended family and will be missed greatly.