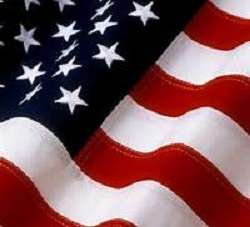 Robert (Bob) Becker, passed away Sunday, April 19th, at his home in Springdale, OR. He is survived by Claudia, his wife of 53 years, their four daughters (Tammy, Tricia, Tina, and Trudi), two son-in-laws (Steve and Jeff), 11 grandchildren, one great grandson, one great granddaughter on the way, one nephew, one great nephew, and his beloved mule, Magic.
Bob was a family man to the core. His every life decision was guided by his fierce love and commitment to his family, his friends, his animals and the mountains. His greatest enjoyment was spending time with his family, particularly during hunting and camping trips – when he spent endless hours teaching his daughters and grandchildren about horses, guns, hunting, packing, and of course, tying knots. Additionally, Bob enjoyed jeeping, motorcycling, singing, dancing, and good conversation. He offered a standing invitation into his home, to most anyone, for coffee, cookies, and hours of visiting.
Bob grew up in Portland, OR. He joined the US Navy after high school, serving from 1960-1965. After his honorable discharge from the Navy, he started his career in floor covering. He worked as a floor covering mechanic for 46 plus years. He was an excellent provider, he did not miss a single day of work for illness during his entire career. His strength, and work ethic were unparalleled; after working a full work week, the majority of his weekends were spent laying floors for family and friends, or earning extra money through side jobs, to give his girls whatever their hearts desired (prom dresses, ball gloves, horses, etc). In his later years, after retiring, he spent his days babysitting grandchildren, never to arrive without doughnuts or Hershey bars in hand!
Though he is already sorely missed, his influence remains eternal, and undeniably present in the hearts and souls of all his children and  grandchildren. We love you papa.
In light of the COVID restrictions, and to ensure the safety of friends and family, a memorial to honor his life has been postponed until a later date, TBD. His remains will be lovingly placed in the Eagle Cap Wilderness, at his favorite place on earth, his elk camp at the bowl.

A memorial service will be held at a later date.