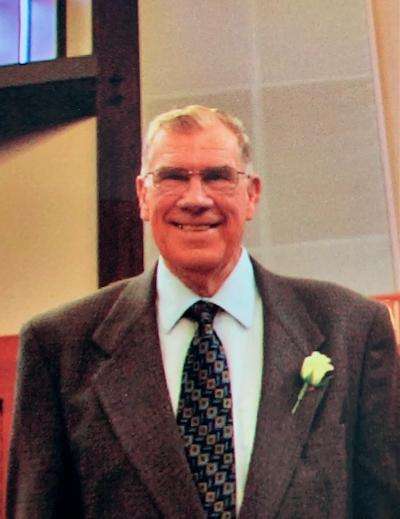 Robert (Bob) Hagstrom was born in Duluth, Minnesota. His family moved to Pleasant Valley (Oregon) in 1941, and he attended Gresham High School before joining the Air Force, serving during the Korean War.
He married Barbara Weber on June 7, 1958, and they had seven children. Bob and Barbara raised their family in Pleasant Valley from 1960 until 2016, when they moved to Battle Ground, Washington.
Robert worked at ESCO Corp. for 36 years. After he retired, he enjoyed taking excursions to the Oregon coast and building doll houses that he would donate to organizations. He enjoyed fishing, hunting and watching sports.
Robert is survived by Barbara, his wife of 62 years; four sons — Paul (Edie), Philip, John (Vivian) and Carl (Pamela) Hagstrom; two daughters — Lois (Rodney) Jennings and Mary (Scott) Noll; and siblings Shirley Waggoner and Gary Hagstrom. He has eight grandchildren and five great grandchildren. He was preceded in death by his daughter Teresa.
Due to Covid-19 there will be a private service and burial.
Contributions in Robert’s name can be made to St. Vincent De Paul through Sacred Heart Church in Battle Ground, Washington, or St. Henry Catholic Church in Gresham, Oregon.

Due to Covid 19 there will be a private service and burial.
Contributions suggested to St. Vincent De Paul through Sacred Heart Church in Battle Ground, WA. or St. Henry Catholic Church in Gresham, OR.