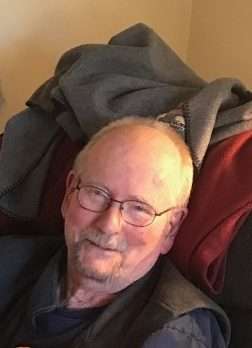 Richard “Dick” Clement Newman passed away the morning of November 30, 2020, at the age of 80.  He was born in Rockwell City, Iowa, to Merle Warren Newman and Jean Stevenson Newman.  After the birth of Richard, the family moved to Hollywood, CA, where he attended high school with several celebrities including Stephanie Powers, Carol Burnet, and even playing basketball with Ricky Nelson.  After high school, his family moved to Colton, OR.

Richard joined the Army in 1958 and served in Berlin Germany.  He was a guard at Spandau Prison.  After completing his service, he returned to the Portland area and went to work at Gunderson in 1962, retiring from the same employer after 40 years of service.

Dick has a daughter, Julie Ann Newman, who preceded him in death.  He also has two sons, Cliff Newman and Randy Newman.

In 1978, he was married to Carol J Ramsey.  They both loved to travel and took numerous trips, putting plenty of miles on their motor home.  Dick enjoyed playing cards and games with family and friends, any time, any place.  Anyone who knew Dick will tell you he was one of the most patient, kindest, gentlest, and understanding souls you would ever meet.

His wife, Carol, survives Richard.  Sons Cliff and Randy also survive him.  A private ceremony will be at Willamette National Cemetery.

Private family services will be held at Willamette National Cemetery