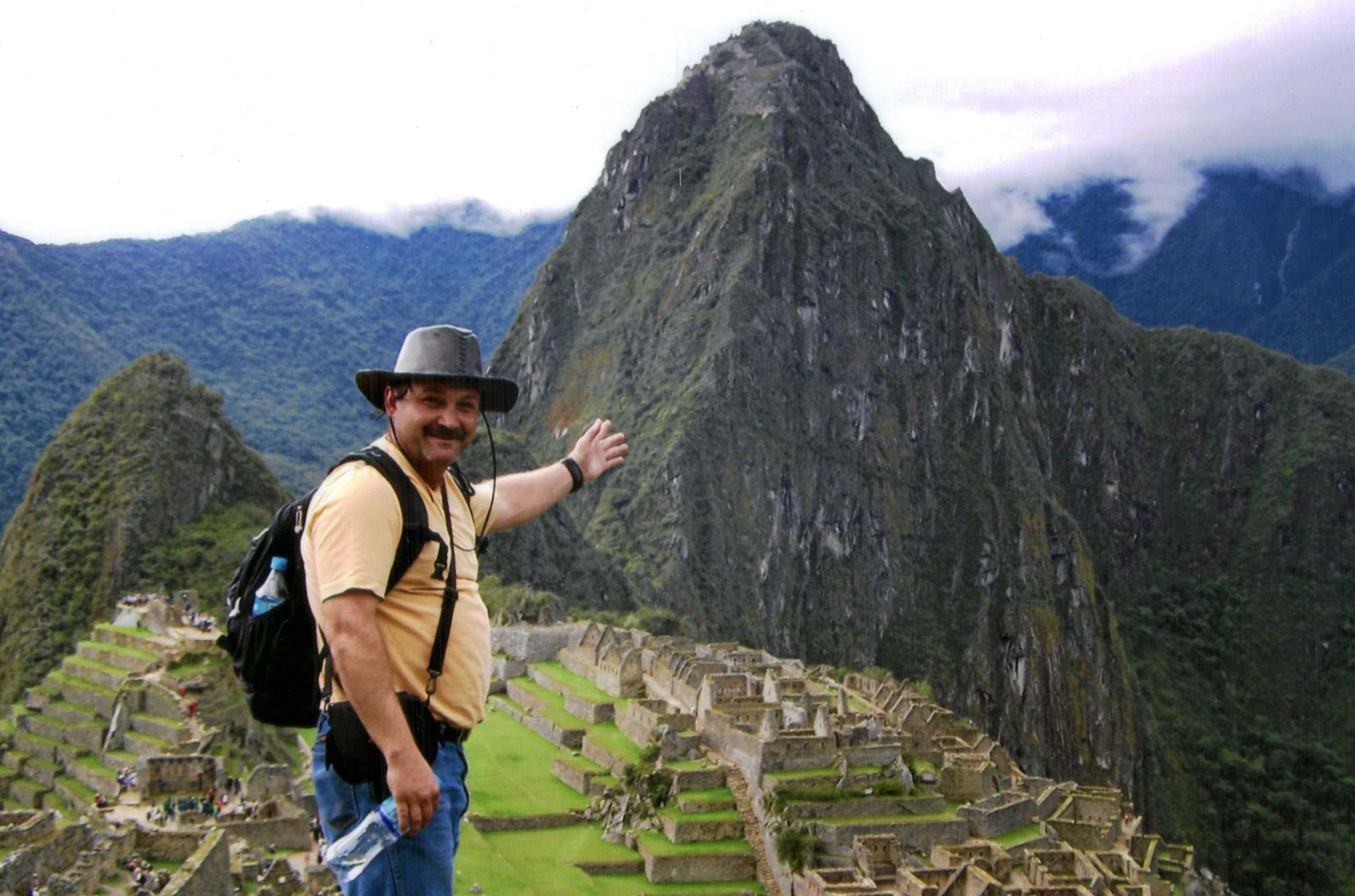 Ancient Greeks didn’t write obituaries; instead, they only asked one question after a man died: Did he have passion?

Rick definitely had passion and lived life to the fullest. He knew from a young age that life would be fleeting, too quick to end, so he chose to be in love with life. He lived fearlessly, from stretching out high over a steel skeleton to grasp the next swinging piece of iron, to climbing Mt. Hood, running with the bulls in Pamplona, and so much more.

He celebrated every birthday with a travel excursion or a life experience. He also sent his ma a dozen roses every year on his birthday as a thank you for giving him life. Even in the everyday, he looked at life with curiosity, wonder, and gratitude.

Richard Dean Guillory was born in Astoria, Oregon on the 20th of November, 1961. He was the 6th of 7 children to Gil and Jo Guillory. Being a child of an ironworker led to many adventures with his family as they followed Gil to various jobsites each summer – from Oahu to Rufus.

Those summers were spent on dirt bikes, horsing around in Louisiana at his grandfather’s pond, and long car rides with all the kids piled in a station wagon misbehaving.

During his years at Centennial High School, he was a wrestler, football player, and a marching band member playing the saxophone.

At the end of high school, Rick moved right into adulthood celebrating his best accomplishment in life: the birth of his daughter Elizabeth with Renea. He also joined his father and brothers at Ironworkers Local 29. A profession that he was in for 31 years. He often said that the Guillory’s were responsible for most of the Portland skyline… proud to point out and recall his projects to anyone on drives by the waterfront.

In 2003, Rick met and married the love of his life Megan. With her his adventures continued as they traveled together to national parks, sports events, South America, Europe , and across the US.

Rick was overjoyed to become a grandfather in 2005 to Vinny, and again in 2010 to Ali. The next 15 years he spent having his best adventures with his family – frolicking in nature, passing on knowledge and wisdom, being present to cheer on Vinny and Ali at every sport/play/competition, and establishing family traditions such as weekly game nights and creating magic at every holiday. With boots on and peace in his heart, Rick passed on to his next adventure on October 8, 2021.

Survived by:  Loved ones that will miss Rick are his wife Megan, daughter Elizabeth, son in-law Billy, and grandchildren Vinny and Ali; his mother Jo and siblings: Roni, Randy, Tami, Mike, and Rob; his many nieces and nephews, and life long friends that are like family. Loved ones that are welcoming him on his next great adventure are his father Wilbert and brother Jeffery.

Rick has asked that those wishing to honor him continue his legacy of giving to St. Jude Children’s Research Center and ASPCA. Memorial funds have been created in his name:

A Memorial Service will be held for Rick at Gresham Memorial Chapel on Saturday, November 6, 2021 at 1:00pm in their Reception Hall.

A Memorial Reception for Rick will be held on Saturday, November 6, 2021 ~  1:00pm at Gresham Memorial Chapel