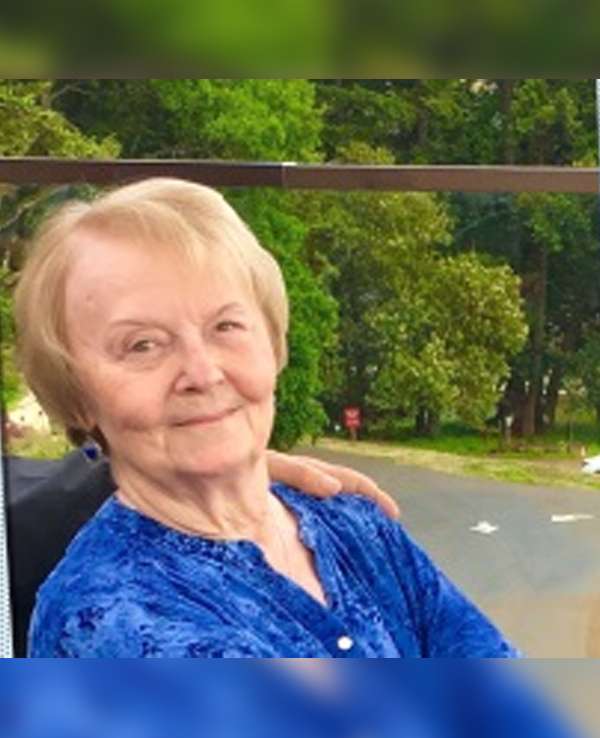 Becky Bradshaw passed away peacefully in her home, from a long illness, with family by her side, June 22, 2019.  Becky and her husband Jay have resided in the Gresham area for the past 12 years having moved to the Portland from Eugene.   She and Jay have lived in Oregon for the past 41 years.

Becky was born August 30, 1937 in Culver City California. Becky and her two brothers, Hank and Pat lived there with their parents Les Tronsier and Millie Andrew in a home located right behind the backlot of a Hollywood movie studio.  Her father worked for many of the Hollywood movie studios and her mother was a professional musician.

Eventually, Millie and Les divorced and Becky along with her younger brother Hank stayed with their mother.  They moved to Tonapah, Las Vegas, Idaho Falls and other cities as their mother found work as professional musician playing in the popular night clubs and dinner clubs of those times.

In 1952, Becky had eventually made her way to Monterey California where she went to her first two years of High School. There she worked part time in the “Little Theater” on the pier at Cannery row and spoke often of her fond memories of the Monterey area.

In 1953 Becky’s mother moved the family to Challis Idaho, buying the Klug Ranch, known now as the Living Waters Ranch, and there they raised purebred Suffolk Sheep.    She attended Challis High School as a Junior and Senior and she was very popular.  Becky was twice voted Tournament Queen each year.  She loved the ranch, the live stock, and especially enjoyed her horses and horseback riding.

After Becky graduated, the family once again moved, this time to Salt Lake City.  There Becky attended business courses at the local community college and started a working career in accounting and finance.  In the spring of 1956, while living in Salt Lake, she corresponded with a young guy she met from her Challis High School days, Jay Bradshaw.  Their relationship grew; Jay, who worked as a cow hand herding cows for a local cattle association, would drive from Challis to Salt Lake to see her.   Or, Becky would ride the Gray Hound bus from Salt Lake to Challis on weekends to see him.   On 17 November of 1956 they were married.

In the spring of 1957, Jay and Becky, along with Jay’s sister Dona and brother in law Byron, moved to Los Angeles to work for the Douglas Aircraft Company.  There they lived in a small apartment, Jay working the Douglas production line and Becky working in an administrative capacity maintaining a Top Secret security clearance reviewing Douglas-DoD accident reports.  However, the “Big City” did not keep them and later that summer they moved back to Challis, where they as a couple and in partnership with Lena Bradshaw, bought and operated the Wise Buy grocery store on the main street of Challis Idaho.  While there, Shay was born in 1958, and Ken in 1959.

In 1960 Becky and Jay sold their interest in the store and moved to Stanly Idaho where Jay worked for the road department and herded cows while Becky took care of home and the family.  And in December of 1960, the whole family moved to Tulsa Oklahoma where Jay attended flight school.  While there,

Becky worked in the accounting and finance field providing additional income for the family while Jay was working in school.

In 1961 Jay finished flight school and he and Becky moved once again to Salt Lake City where Jay took his first paying flying job.  Becky once again worked in accounting and finance to provide additional income for the family.  By 1963 they had made their way to Denver, back again to Salt Lake, and then again back to Challis Idaho.  Becky and Jays prowess at moving was, by now, legendary and their ability to pack up and relocate in a single day was truly amazing.  That feat was only made possible by Becky’s super human ability to organize and pack like a magician.

In 1964, the family once again moved, this time to Boise for a short time then again on to Salmon Idaho and then again back to Boise in 1965.  Here, they started to put a few roots in place, Becky worked in accounts receivables for Boise Cascade and they bought their first house on Lion Avenue.  But in 1967, Jay’s company transferred him to Santa Anna California and once again they moved, but only to return back to Boise in 1968.  Late in 1968, Becky and Jay moved to Seattle Washington.  Becky worked for the Sundstrand Company and in the five years they lived in the Seattle area.  There, they went on regular camping excursions and she actively supported her children as they participated in various and continuous youth sporting activates.  In all the chaos of young teens and working parents, not once, did a meal get missed, uniforms not freshly washed and ready at a moment’s notice.  Dinners just appeared; clothes always mysteriously folded and put away; beds made and neat.  I am pretty sure she had elves hid away someplace but I could never prove that.

In 1973 an economic downturn caused another move and the family was displaced while Jay looked for another flying position.  Becky moved with Jay to Reno while Ken and Shay went to Challis and go to School there.  Once Jay settled in what looked like a long term flying position overseas, Becky moved back to Challis with Ken and Shay to finish out the school year and then join Jay.  Jay returned stateside to take a new job in Washington State and the whole family move to White Swan, a town about 20 miles south west of Yakima, on the White Swan Indian Reservation.  Becky especially loved this place.  The home she lived in was located on a beautiful estate.  She had a wonderful garden and a mature cherry tree.  She canned vegetables and made cherry jam.  She painted each room of the house for each kids, the kitchen, and the living room.   There she completely enjoyed the quiet peaceful grounds of the estate.

In 1974 Jay was transferred to Kamiah Idaho.  Another move; Jay and Becky bought a beautiful house overlooking the little town of Kamiah and Shay and Ken attended Kamiah High School.  But by the next spring (1975) Jay had taken a flying job in Alaska and Becky and kids moved into a little apartment to finish out the school year in Kamiah.  Meanwhile the Alaska Job became temporary and in the summer of 1975 Jay went to work flying for Joe Albertson in Boise Idaho.  Becky and family moved to Boise.  Becky went back to work at Boise Cascade in the accounts receivables department.   And there they lived 1975 through mid-1978.  Becky worked and at the same time supported her family in sporting events, family picnics, and cared for her mother who also lived in Boise.

In late summer of 1978, and after both kids were half out of the house, Becky and Jay moved from Boise to Eugene Oregon.  Becky and Jay lived in Eugene for 29 years.  By then, Becky was so good at moving she could pack, move, and unpack in the same day and still have time for dinner and a glass of wine.  If moving was an Olympic sport, she would have been a gold medalist.

With her kids out of the house and Jay flying, Becky had time to do the things she really loved.  She was an extremely gifted artist specializing in watercolors, oils and inks.  Having studied for years, she had the time and space to create beautiful works of art.  A testament as to the quality of her work, she was acknowledged and inducted into the Watercolor Society of Oregon in 1992.  While living and painting in Eugene, Becky had her work displayed at several local area galleries to include the “Cottage Grove Gallery” and “The Abby”.  Becky also loved the Oregon coast, reminiscent of the Monterey cost she loved so much.  She loved to camp and “staycation” in their RV along the coast.  While in Eugene, Becky furthered her interest in Art by attending Lane County Community College and enrolling in several Art disciplines to include watercolors and inks.  She was actively involved as a small group leader for the Eugene Women’s local Cancer support group and when she was not behind an artist easel you would find her in her garden.  Becky had a way with a garden like she had with her paint brush.  Saying she had a green thumb was a massive understatement.  No one had a garden as neat and well-manicured as she. In 2003 Jay retired from the Pape’ group at long last giving long awaited time for the two of them and together they explored the Oregon coast and mountain lakes east of the Oregon Cascades in their RV.

In 2007 Becky, along with Jay, made their final move.  After living for almost 30 years in one town, they pulled up stakes and moved to Portland to be near Shay, Dan, Joseph, and Ali.  Becky lived here in Gresham for 12 years.  She loved being near her grandchildren, being near Shay and Dan, and living so close to the Ocean.  An avid reader, Becky could be found with a book and a glass of wine sitting in a sun beam on her deck overlooking her garden.  You would find humming birds nearby, flowering plants, well manicured pots, and maybe a rabbit or brave squirrel lurking about.  You would always find a savory aroma emanating from the kitchen, and you would always see her smiling. If she was not home then she was at the gym; Becky was a member of the Cascade Athletic Club for over 10 years and you would find her in the pool with her friends doing water aerobics which she loved.  With all of her talents, all of her many accomplishments, all of her trials, not once would you ever hear a negative or harsh word.  Becky had the quiet resolve and was a sweet soft spoken woman.  In all ways she was a lady’s lady.  She carried the burden of a prolonged unforgiving illness without a complaint or malice.  Never a complaint or a negative word, she carried herself with amazing grace while shouldering the burdens of an awful illness with the strength and courage of a warrior.    She always found the sunshine in everyday, to the very end of her days.  She was, is, and will always be an inspiration to us all.

Becky is preceded in death by her Mother, Millie, and two brothers – Pat and Hank.  Becky leaves behind her husband of 62 years – Jay, her two children – Shay and Ken, three grandchildren – Caleb, Joseph, and Ali, and three great grandchildren –  Addy, Noble, and Clementine.