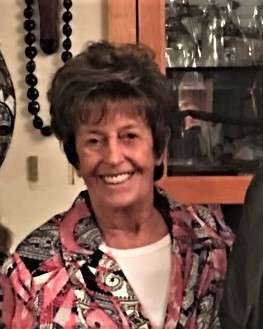 Mary A. Burson was born on April 12, 1936 in Colfax, WA., the daughter of Bert and Naomi Jeffries. As a child, the family moved to Vancouver, WA., where Mary grew up and graduated from high school. While in high school, Mary met Jim Burson. In 1954, while Jim was stationed in Long Beach, CA. they were married.
After his honorable discharge, they came to Portland and Mary went to work for the telephone company and later cared for her home and family. In 1968 they came to Gresham, living here since. In 1970, Mary returned to work as a “Weight Watchers” rep., later working for the U.S. Dept. of Commerce as a statistician and then as a real estate broker for 15 years. She then joined her husband, managing his manufacturing corporation for 30 years.
Mary enjoyed traveling the U.S. taking road trips. She also enjoyed family gatherings, and events.
Mary was preceded in death by her husband, Jim; sister, Merle Horn; brothers, Bernard, Virgil, Bob and Johnny Jeffries.
She is survived by her three children, Rob Burson, Denise Lachapelle and Yvonne Burson; neice, Linda Horn, five grandchildren and two great grandchildren.
In lieu of flowers contributions can be made in Mary’s memory to a charity of your choice.