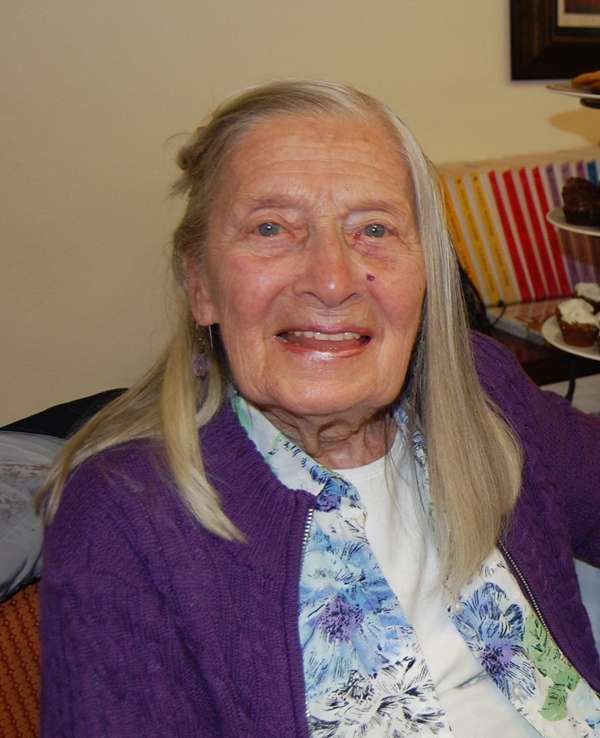 An Artist Marries a Writer

Martha, or Marti, was born near Philadelphia, Penn., in 1924 to Ella and Widner Hendrixson. She graduated from Jenkintown High School in 1942.

In 1942, she set off to New York City to study at Traphagen School-Fostering American Fashion, while at the same time Marti worked as an artist for a manufacturer of clothing and accessories by drawing the most current fashions in the finest department stores in the city. She later taught for the Traphagen School.

While living in NYC, Marti met and married William T. Dawkins (or Bill, the writer) in 1945. She then moved to Lancaster, Penn., where Bill was a professor at Franklin and Marshall.

Due to Bill’s health, they moved their young family to Albuquerque, New Mexico, where Bill was a professor at the University of New Mexico. Marti found a life love for the Navajo culture.

The Dawkins’ family then moved to Ashland, Ore. to become involved with the Oregon Shakespeare Festival (1950) and Southern Oregon College of Education. Marti was busy balancing raising three children, Michael, Chris, and Ellen while being instrumental in the evolution of the OSF Tudor Guild, opening an art gallery, and a career in graphic design.

After many years spent in Ashland, they moved their family to Gresham, Ore. It was in Gresham that Marti began and completed a 40-year career as a graphic artist and instructor (lettering and watercolor painting) at Mt. Hood Community College. She was legendary for her support of the college, MHCC Foundation, and the Mt. Hood Festival of Jazz. Marti was also a long time member of P.E.O.

Marti was buried June 12, 2019 at Willamette National Cemetery where she joined her longtime collaborator, Bill.

Marti had a great run and enjoyed every bit of it along the way.

A memorial celebration is scheduled for Thursday, July 18, at MHCC in the Art Gallery. The celebration will be an open house from 4-6pm, with a toast to Marti at 5pm.

In lieu of flowers the family is asking that you make a donation in Marti’s name to the MHCC Foundation.

In Memory of Marti Dawkins