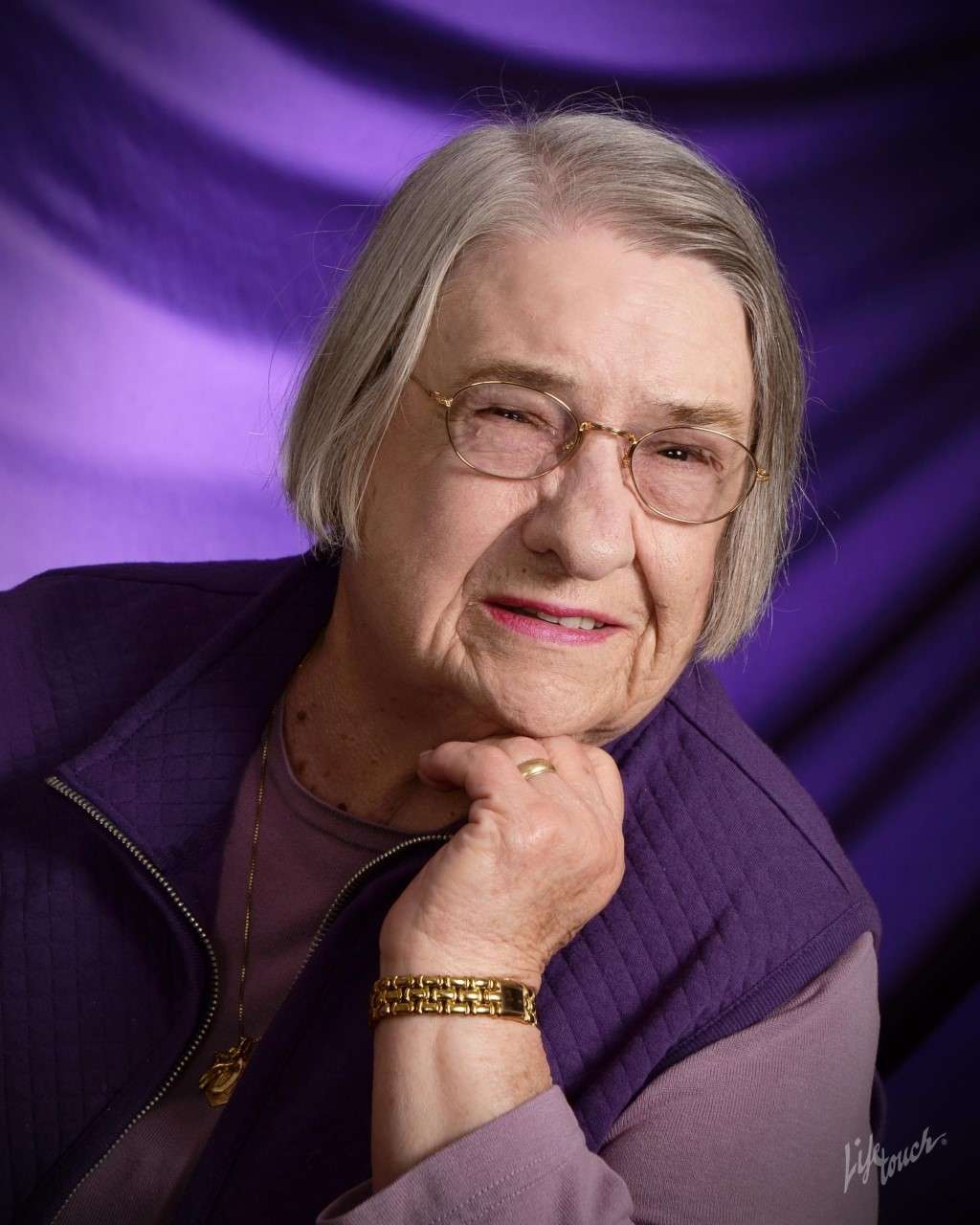 Gwen was born on 10 December 1933 in Pelzer, South Carolina to Minnie and Frank Dean, their third child. She attended grade school in Pelzer and attended Ellen Woodside High School. In her senior year of high school, she worked in the Pelzer Bank as a teller. When Gwen was a small child, her parents bought a farm and that is where she spent her youth. There were 5 children in the family, Joe was the oldest, then Jenny, Gwen, Elaine and Ron. All the children are now deceased. After high school she moved to Atlanta and attended business school and worked in accounting for several years. Gwen moved back to Greenville South Carolina and got a job as a key punch operator at Donaldson AFB. That is where she met Norm, her husband to be. Norm was in the Air Force and assigned to Donaldson AFB and worked in the same building as Gwen. The interesting thing about that was there were about 200 civilians and Air Force personnel in that building but only 2 single people, Gwen and Norm. Can you imagine having 200 cupids working to connect those two people. It didn’t take long, and they started dating. Norm proposed to Gwen on Labor Day 1960, and they were married on 4 February 1961 in Greenville, South Carolina at Holy Rosary Catholic Church. She told Norm before the wedding that WYSIWYG (what you see is what you get), there is no turning back, you got me for eternity. Their first son Stuart was born premature on 29 December 1961. The second son Eric was born 13 months later on 28 January 1962. They decided to purchase a mobile home and placed it on her parent’s farm in the middle of an orchard. In 1962 the Pentagon decided to close the base and move the Air Wing to Hunter AFB base in Savannah Georgia, so in April Gwen and Norm had two small babies to move with their trailer to Savannah. Norm got the honors of finding a new home for the family and trailer and Gwen got to stay in Greenville until the trailer was put in place. In Savannah it rains every day around 4 pm and lasts for about 20 minutes, then ground fog. Gwen would not let the children or Norm out until the fog and snakes disappeared. She had a routine about how to run the house, she cooked, fed the children and Norm got to wash the diapers and fold them every night. He only complained once and learned that if you complain you can do the cooking.

Norm was discharged after 4 years in the Air Force, and they decided to move back to Oregon for Norm to finish college. Gwen worked nights as a keypunch operator and Norm took care of the two boys. Then in September 1966 along came Scott, son number 3. Gwen was then working for the Bonneville Power Administration as a revenue analyst and Norm was working for the Corps of Engineers in the Design Branch. In 1964 they purchased a new home that had enough bedrooms for the kids. With 3 children in tow, they made many trips back to South Carolina to visit family and many trips to Cannon Beach. Norm always wanted a daughter and in 1966, Gwen said we are going to have a daughter and she was right again. Norm never could understand how she was always right, but as she always told him if you complain you get to do the cooking, and it worked.  When Suzanne was born Gwen decided that she needed a bedroom for the baby and Norm expanded the house to accommodate her wishes. They had a wonderful 62 years together, had 4 beautiful children and got to travel and have fun with the children back at in South Carolina and with family at Disney World. Joe her oldest brother worked for Disney and got the whole family into Disney World for FREE. As time went on the boys were all in the service at the same time, which gave Gwen many sleepless nights. She loved her grandchildren and great grandchildren. In 2001 we lost our first grandson to cancer and in 2018 Scott left us for Heaven which again broke her heart. Gwen loved her roses, all 124 bushes. Gwen spent 4 years in dialysis and on 16 June was admitted into hospice. Our daughter Suzanne is a hospice nurse with Providence and attended to her mother 24 hours a day until the end. Gwen will be missed by all who loved and knew her.