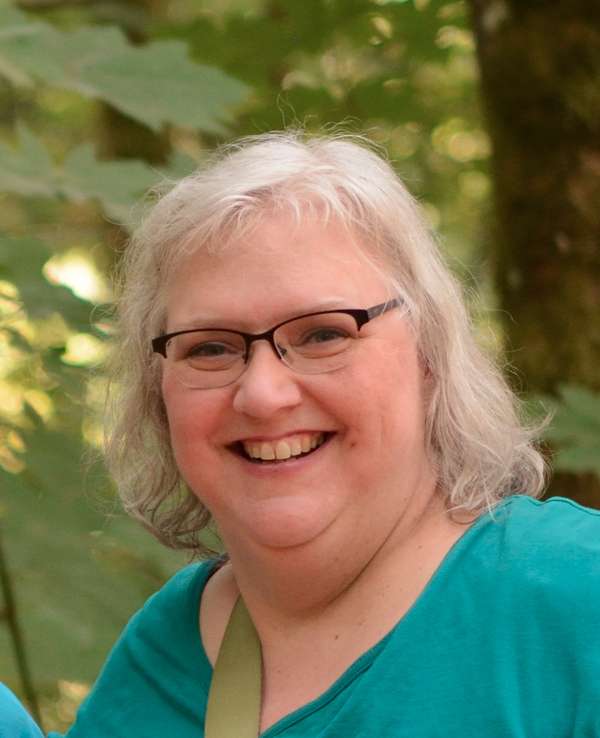 Lisa Ann Wills Schmidt, 56, passed away peacefully on Monday, October 1, 2018 following a return of breast cancer. Lisa Ann’s last day was so emblematic of her life. She took time with each family member that was able to come by or call, telling each of them how they’d been a blessing to her, making them laugh, and saying goodbye. Over twenty family members gathered at the hospital on her last day, including her son Andrew in from Japan and niece Holly from Florida.

Born March 5, 1962 in Portland, Oregon to F. Robert (Bob) and Margaret (Peg) Wills, Lisa was the fourth of five children. She grew up in Emmett and Boise Idaho, Spokane Washington, and Portland/Beaverton Oregon, attending Sunset High School. Lisa jumped right in to the workforce, spending most of her career in banking, bookkeeping and office management.

Lisa married Mark C. Schmidt in 1984 and moved to Longview, Washington soon after where she gave birth to two sons, Andrew and Gabriel in 1988 and 1992. They returned to Portland in 1993.
Lisa had many interests throughout her life including self-improvement, organizing, and music—playing the piano, singing, and even volunteering as host of a jazz radio show on KMHD. But her passions were her faith and her family.

Lisa was always active in church, especially Holy Trinity during high school, and later Rockwood Church of God, and finally St. Henry Catholic Church in Gresham. She spent countless hours devoted to scripture study in the last 10 years of her life, studying independently as well as attending classes at multiple churches. Most importantly, she was transformed by her study and her spiritual life, consciously making changes to become a better friend, mother and spouse. It was inspirational to those around her.

Lisa was preceded in death by her father, F. Robert Wills, and is survived by her mother, Peg Wills, husband Mark Schmidt, son Gabriel and his wife Edie Schmidt; son Andrew and his wife Tomo and their children Seiryu and Sota; brothers Mark and Michael Wills; and sisters Theresa Rossow and Cecilia Tollisen.

A funeral mass will be held at St Henry Catholic Church in Gresham at 11:00 am Tuesday, October 9th, with viewing preceding at 10:30. In lieu of flowers, donations are requested for the St. Henry building fund, an apt continuation of Lisa’s love of Christ and the word of God.