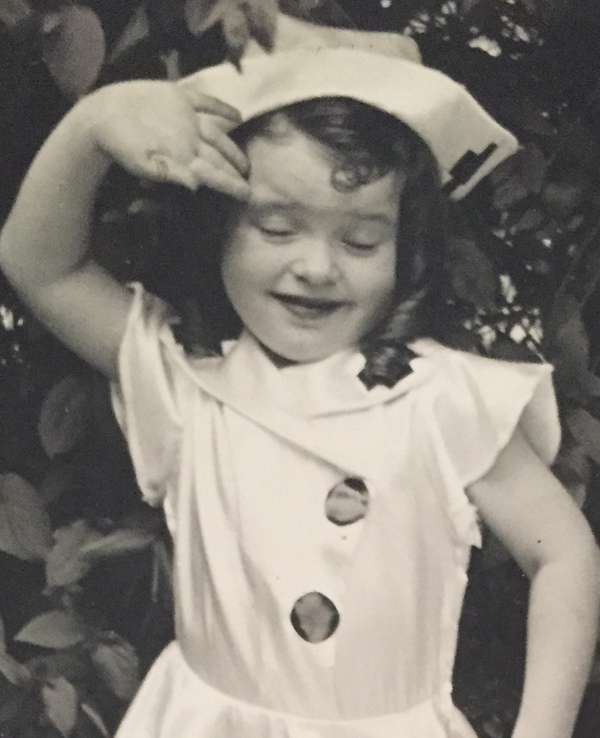 Born February 9, 1936, in Shreveport, LA, Kathryn’s early years were spent in the care of loving and beloved grandparents in that city.

Kathryn’s pre-teen and early teen years were spent in Hollywood, CA. There, under the tutelage and guidance of her Grandmother and others, she worked as an aspiring young bit player until the untimely and deeply mourned death of her Grandmother.

Removing to the residence of her Mother, in Columbus, NM, and then Deming, NM, Kathryn continued her schooling until meeting, being courted by and falling in love with her lifelong husband John. Their marriage took place on January 3, 1954, in Columbus.

Upon completion of the nuptials, the happy young couple removed to Tucson, AZ where Kathryn completed her schooling. Footloose and carefree, the young couple first moved west, to Riverside, CA. Dismayed by the deterioration of her fondly remembered sunny, flowery California, the young couple fled northward, settling briefly in Santa Cruz, CA.

During their stay in Santa Cruz the young couples happiness was enhanced by the adoption of their daughter Gaul Pauline Tierney, now Gail Pauline Warren of Portland, Or.

Upon completion of the adoption proceedings, the new family again relocated north to Oregon City, Oregon.

Residing in Oregon City, Kathryn, in defiance of medical opinion, gave birth to their son, Marc Evan Tierney, now of Phoenix, AZ. Serenely happy, Kathryn devoted herself to being the ideal companion, housewife and mother to her now completed family.

A final move north brought the new family to Portland, Or.

In Portland, the children thriving in school, Kathryn sought to fulfill her last remaining heart’s desire: to continue her antecedent’s efforts to help others through health care. Obtaining a Physical Therapists Assistant Degree through Mt. Hood Community College was followed by a rewarding and fulfilling 31-year career with Kaiser Permanente until her retirement therefrom.

Continuing her devotion to health care and helping others after retirement, Kathryn volunteered with various Portland groups until her gradually declining health and serious lack of mobility intervened.

Per her express wishes, Kathryn passed out of this life at home, surrounded by the love and warmth of immediate family and a very few surviving old friends and colleagues. She passed quietly and comfortably, fully content and fulfilled by her years as happy young wife, as devoted companion, Mother and Grandmother (Sierra Michael Warren, Gail’s daughter, of Portland Or) and as a dedicated health care provider.

Per her express wishes, no other ceremony was held; her ashes will be scattered in her beloved Columbia Gorge. She hoped that any remembrances might be in the form of donations to the Salvation Army.

No Services to be held