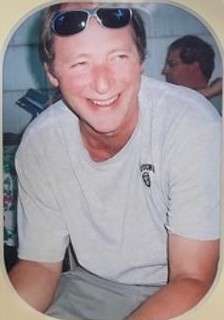 Karl was born in Renton, WA in August of 1959 to the parents of Lorraine & Gene Livingston. When he was in the 2nd grade, his family moved from Renton to Richland, WA. In 1971 his family moved to Beaverton, Or, where he went to Highland Middle School then to Beaverton High School.
He enjoyed playing little league baseball throughout his youth. Karl pursued his scholastic goals by first attending Denver University for 2 years, where he majored in Restaurant Management. There, he got his degree and later attended Marylhurst University.
From Denver he came back to Oregon and settled in Ashland for several years. Where he lived with his best friend, Andy. Karl’s favorite music was smooth jazz, old school rock n roll, and easy listening.  He would make his own music on CD’s and take them with him when traveling in his car.
Another favorite pastime of Karl’s was playing golf. He enjoyed playing every Sunday, for 32 years, with his golf buddies: Eric, Skip, Dave, and Rick. They played at Heron Lakes Golf Course. It was a game he both loved and hated at the same time.
In June of 1985, he started his career at Kaiser Sunnyside Medical Hospital in Clackamas Or, as a chef in the hospital cafeteria. Over the next 36 years, he advanced his career to Materials Specialist and then became the Shipping & Receiving Warehouse Specialist.
He met Patti while working at Kaiser and they were married and had their son, Austin in 1992.
In July of 2007, he met his current wife, Jennifer through the website: My Space. And they dated for the next 3 years.
In July of 2010, they were married in the backyard of Jennifer’s mother house, where their closest friends and family were together for the ceremony.
Over the next 10 years, they bought their first house together, sold it and moved into a larger house in a nice quiet neighborhood in SE Portland where his wife still resides.
Karl is survived by his son & daughter in law, Austin & Becca of Battleground, WA. His wife, Jennifer, of Portland, OR. His two sisters, Jan of Newberg, OR and Lolly of Tacoma, WA. 1 step daughter & son in law, Lindsey & Austin of Canby, OR. 1 step son & daughter in law, Derek & Anfisa of Woodburn, OR. 1 step son, Travis of Beaverton, OR. 3 granddaughters and 1 grandson. And many nieces and nephews residing in the Seattle area.
Karl was a great storyteller that pulled you in with his dry sense of humor & would make you laugh to the point of crying from laughing so hard.
He will be missed by all.

A viewing will be held from 11a.m. to 4p.m. on Sunday, July 11 at Gresham Memorial Chapel.

A private family celebration of life will be held at a later date.