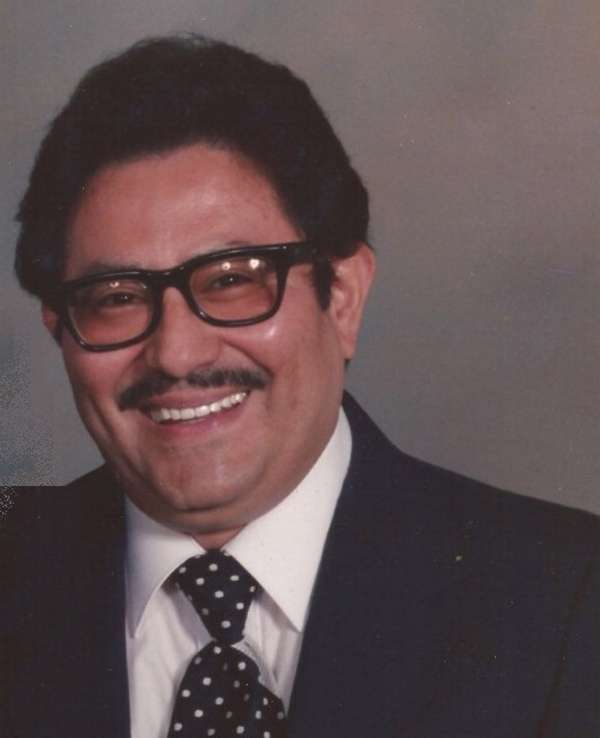 Jose Antonio Villavicencio passed away peacefully on November 30 at his home in Gresham. A resident of Oregon since 1963, Jose was born on February 3, 1936 to parents Dr. Francisco Villavicencio and Doña Ofelia Miranda de Villavicencio in San Salvador, El Salvador. He immigrated to San Francisco in 1957, then later to Portland where he would work in the boilermaker and blacksmithing union in the shipyards on Swan Island for most of his career.

Jose took joy in life’s simpler pleasures: trips to the Oregon Coast, meals with family, singing and playing music, and watching World Cup soccer matches. He was hardworking, humble, generous, and very proud of taking the oath of U.S. citizenship on the Bicentennial, the Fourth of July, 1976.

There will be a viewing at Gresham Memorial Chapel on Thursday, December 6 from 4 – 8 p.m., with a Rosary starting at 6 p.m. A funeral mass will be held at St. Anne’s Catholic Church in Rockwood on Friday, December 7 at 11:00a.m., followed by a burial at Mt. Calvary Catholic Cemetery.

It is presumed that Jose Antonio Villavicencio died on November 30 at his home in Gresham, although he was a skilled cliff diver and could hold his breath for over a week, so debate rages among the family whether he is playing a prank or not.

Learning of Jose’s passing, George H.W. Bush reportedly said, “This world is no longer fit to live in, I give up. I’m going with him, ‘cause that’s where the party’s at.” Jose’s passing was also felt in Alaska, at a magnitude of 7.2, and ripples of the news caused hundreds of aftershocks.

It is believed that Charles Schulz based his Charlie Brown, Snoopy, and Woodstock characters on Jose, Jose’s chiweenie, Rico, and pet cockatiel, Blondie. Anyone who observed the trio together would understand and agree that a move against the Schulz Estate for partial or total authorship credit would be legally justifiable.

To acknowledge his contributions to our nation, The Star Spangled Banner was revised to begin, “Jose, can you see,” although it remains improperly sung to this day. It has been reported that many NFL players kneel during the national anthem in protest of this continued injustice.

Jose’s contributions to modern culture are on par with notable achievements such as beer pong, the earliest known prototype of the artificial heart, and blinking Christmas lights with an interval selection dial. Jose wielded his creativity and courage in ways that benefited the international community; Jose’s star was born at an early age when he danced both the mashed potato and the twist on Salvadoran state television to Bill Haley & His Comets’ Rock Around the Clock. Salvadoran art and culture was forever changed by this broadcast, and Jose’s status as an early Central American rock & roll icon was secured.