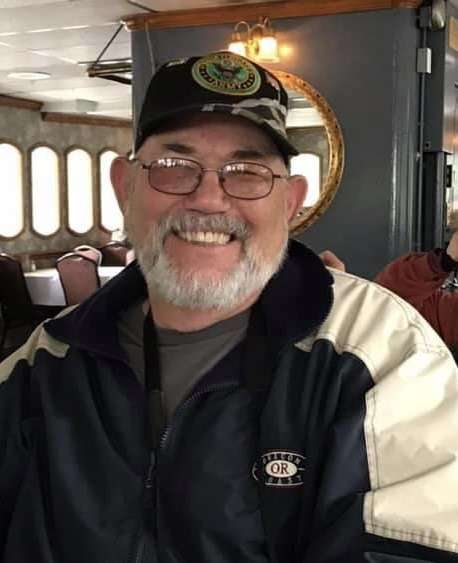 Jan Carrol Huxel Sr. was born August 11, 1948 in Portland, Oregon to Harold and Flora Ferrari. His parents separated early in life and eventually, his mother remarried. The family moved around a lot and lived in various Oregon towns. In High school, he was tired of the constant moving and moved in with Roy and Wilma Martin who lived in Arlington, Oregon. He is a 1968 graduate of Arlington High School. Soon after Graduation, he enlisted in the Army where he served his country and was deployed to Vietnam where he served as a Civil Engineer. On one of his leaves, he met Roy and Wilma’s niece, Elaine Stokes. After her graduation, she flew to Germany and was married to Jan September 9, 1971, in Neubrucke, Germany. In December, he was honorably discharged and moved to Gresham right before the Christmas of 1971.

In 1972, their daughter Tallie D. (Huxel) Hein was born and they moved back to Arlington where in 1975, they welcomed their son, Jan C. Huxel Jr. In 1977 Jan went to work for the Oregon Department of Transportation. He worked on the Arlington crew and Moro crew before settling in on the Warm Springs crew in 1983 where they moved into the Pine Grove/Maupin area. Any time he was asked what his favorite color was his response was always “ODOT Orange!” Jan retired in 2003 but continued to be a seasonal worker keeping the road safe for all travelers.

When his children were in high school he was heavily active in the Redside’s Booster Club, and the Pine Grove Community Club. He was also a member of the Town and Country Players, a local theater group where the highlight for him was when he played the Tin Man in “The Wizard of Oz.” Jan and Elaine continued with the Town and Country Players up until a few years ago. He loved his community.

Jan was most happy traveling and working with his hands. He was a talented mechanic, carpenter and wood worker.

In the spring of 2011, Jan made a Profession of Faith, and on Mother’s day, he was baptized. He loved his church, Greater Portland Baptist Church, and the people in it.

In the fall of 2019, Jan was diagnosed with advanced stage prostate cancer. He was determined with the Lords help that he would fight as long as he could. Jan passed peacefully on to glory March 17, 2022. He was surrounded by his family and with a secure knowledge that he would wake up in heaven and be reunited with the love of his life, Elaine, who proceeded him in death, September 28, 2021.

Left to cherish his memory are his daughter and son in law, Tallie and Clint Hein; his son, JC Huxel; his grandchildren, Emily and Stephen Haines, Alexandria Hein, and Jayden Hatch; and his sister Mary Salgado.

Jan’s Celebration of Life will be Saturday, April 23, 2022 at 11:00 am. It will be held at Greater Portland Baptist Church, 17800 Se Main St. Portland, OR 97233. In lieu of flowers, the family asks that a memorial donation be given in Jan’s name to St. Judes Children’s Hospital.

Jan’s Celebration of Life will be Saturday, April 23, 2022 at 11:00 am. It will be held at Greater Portland Baptist Church, 17800 Se Main St. Portland, OR 97233. In lieu of flowers, the family asks that a memorial donation be given in Jan’s name to St. Judes Children’s Hospital.