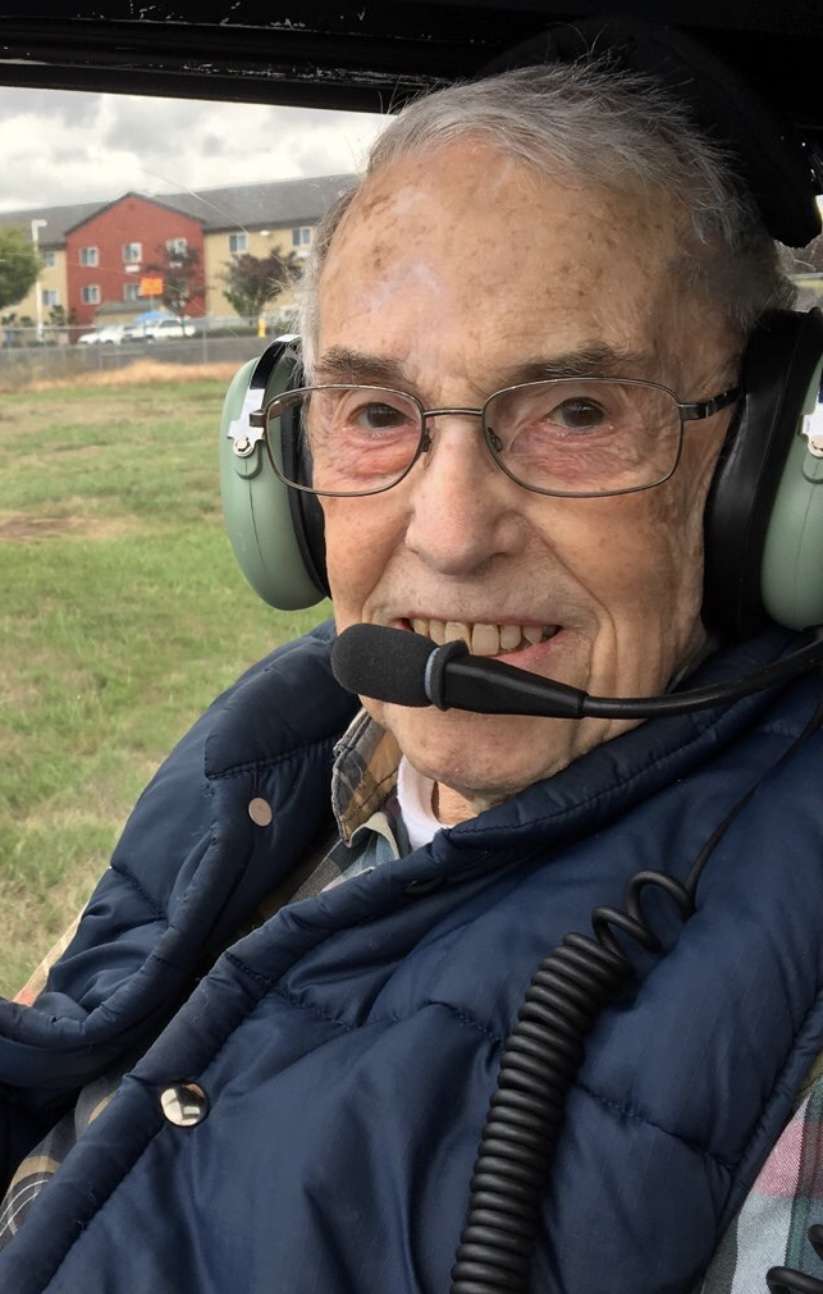 James J. Rhodes, age 92, passed away on Saturday, June 18th.  Jim was born in Bridal Veil, OR on December 16, 1929 to Louise I. Rhodes (Washburn) and James D. Rhodes. Jim graduated from Corbett High School and married his high school sweetheart Jean, who pre-deceased him in 2012. Together, they had three children; Mike, John and Susan, grandsons; Thomas, David and Jason, and great grandsons; Wyatt, Cole, Dylan and Austin.  Jim was an active member of the Corbett community serving as Scoutmaster to the Boy Scouts, a member of the Corbett School Board as well as over 20 years on the Corbett Fire Board.

Jim learned to fly at age 16 and obtained his pilot’s license on his 17th birthday. Flying was a passion that he passed on to his sons.  He served in the Oregon Air National Guard and was activated into the Air Force during the Korean War. Jim was best known as the highway supervisor for Multnomah County, maintaining the roads east of the Sandy River.

In his retirement, Jim like to travel in his RV along with other family members, crisscrossing the western United States and when at home enjoy the simplicities of family and a good western movie.

Jim will be missed by his family and a good many friends.