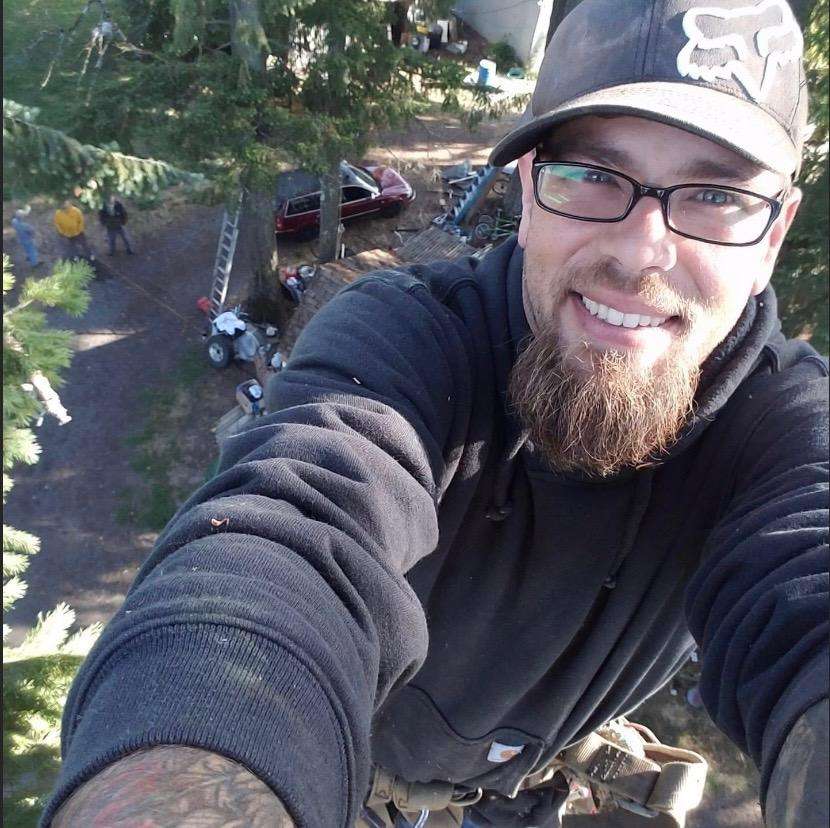 James “Jim” Gamel, of Beaverton,Oregon passed away suddenly on Saturday, February 13, 2021. Jim was born in Portland, Oregon on September 7, 1981 and was 39 years old at his time of passing. Jim attended Century High School, class of 2000.

He was survived by his children Alexis 17, Breanna 14, and Tukota 10; his parents, Cindy and Tom (Gamel); Sister, Tessa (Gamel-Burnett); Niece, Grace (Burnett).
Jim continued the family trade,  being the 4th generation to enter into the Tree Trimming business. He took over the ownership of Flag Tree Service in 2015, from his father, Tom, and continued working as an Arborist up until his passing. Jim always said he felt most at peace high up in the trees.
Jim will always be remembered for his amazing smile and infectious laugh.  Many feel that he had a heart of gold and would drop everything for those he considered family and friends. He enjoyed road trips and spending time with his three children, who always have felt at home in the back seat of the car heading to the beach or just a long drive. Jim was always on the go, surrounding himself with those he loved. It didn’t matter if it was a bonfire in the backyard, having a BBQ, hiking through the woods or heading to his sisters for stroganoff, Jim was up for anything. Those that knew Jim, even for a short time, lost a shining light in their lives. He will be forever missed and loved by many.
At this time there will be no services, but in the near future a memorial/party will be held to honor the man who opened his heart to so many.

At this time there will be no services, but in the near future a memorial/party will be held to honor the man who opened his heart to so many.