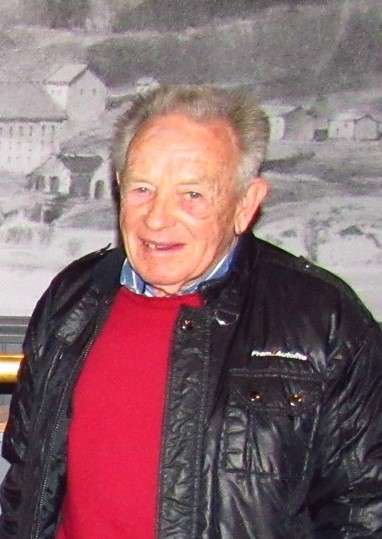 Jack Lee Corley was born august 29th 1931 in Boring, Oregon. After High School Jack enlisted in the US Marine Corps. He served active and reserve until 1958. Jack was involved in the NW hot rodding scene. In 1955 Jack bought his first racecar and raced Midgets, Super Modifieds and sprint cars up until 1971. Jack worked for George Lawrence and CE Niehoff across the Northwest managing the first territory to have sales in excess of a million dollars. Later in life the small garage business grew into a 5000 Sq Ft shop. Jack bought and sold Antique Auto Parts at swap meets across the Pacific Northwest and California.  News articles about “Corley’s Collection” and “You don’t know Jack” were published. He was a regular at the old timers breakfasts with all of the great drivers of the 50’s, 60’s and 70’s. Many tales of racing across the world were swapped and Jack was at his best being with the fellow drivers. Jack is survived by his son, Jerry Corley and his brother, Bill. One granddaughter, Hope and a Great grandson Gabriel.  May he forever race in heaven.

The family suggest contributions to the American Legion.

A committal service with military honors will be held at 1:00p.m., Friday, March 11, 2022, at Willamette National Cemetery.