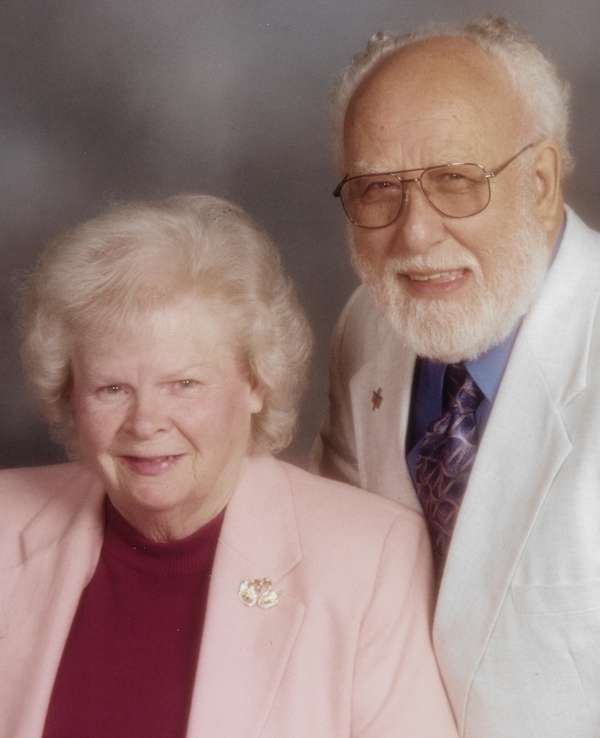 Chuck was born February 1, 1929, in Royal, Nebraska, to Daniel and Pearl Parmenter, the third of four children. The Parmenter family left Nebraska during the Dust Bowl and moved to Alaska. Chuck graduated from high school in 1947 in Anchorage, Alaska. He attended Multnomah School of the Bible in Portland, Oregon where he met Geraldine Cannon, who was visiting the campus during spring break of her senior year of high school in 1948. Chuck graduated from Multnomah in 1950.

Following their marriage, Chuck and Gerry moved to Copper Center, Alaska to begin an eight-year missionary ministry with Central Alaskan Missions. In 1959, the growing family moved to Ashland, Oregon. Chuck graduated from Southern Oregon College in 1961 with a teaching degree. Chuck taught elementary-aged children in Skamania, Evergreen and Portland Public Schools, retiring from Portland in 1992. Gerry stayed at home with their five children, and later worked part-time as a library clerk and church secretary. They were members of Wood Village Baptist Church in Wood Village, Oregon. Chuck and Gerry were married for 67 years.

A memorial service will be celebrated for Chuck and Gerry at 2 p.m. March 2 at Gresham Memorial Chapel officiated by Pastor Bill Ehmann. In lieu of flowers, the family requests memorial contributions to Multnomah University or Kaiser Hospice.