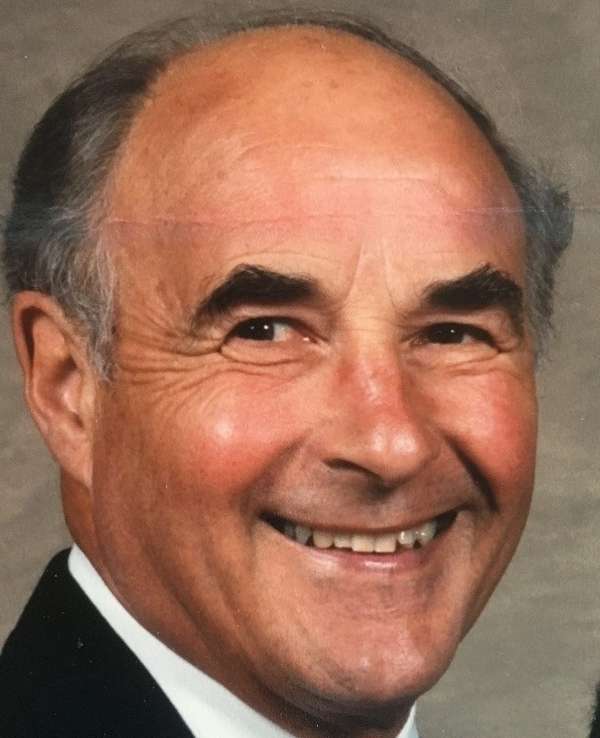 “Jerry” was the youngest of four children following brothers Henry and Paul and sister Merle into the world.  At age three, Jerry’s dad died in a farm accident, leaving the family to make ends meet during the depression.  While living in Sleepy Eye, Jerry attended a parochial grade school and a Catholic high school, where he participated in multiple sports.  At 17, he graduated from St. Mary’s High School and was drafted into the Army, where he drove his first vehicle ever: a Sherman tank.  He was later transferred to the Army Air Corps, where he was trained as a belly gunner on a B-24 bomber.  As a Staff Sergeant with the 484th Bomber Group stationed in Italy, he flew 14 combat missions.  In December of 1945, he was discharged and attended college at the University of Minnesota.  Then in October of 1950, he met Margaret Grund, the love of his life.  They were married in June of 1951 and spent 67 years together.  In 1954, after working various jobs, he began a sales career with Kellogg’s Cereal Company, from which he retired in 1986.  This job included many moves and the births of his six children.  In 1968, Portland became their final home.  Jerry always loved his family’s activities the most, but he also enjoyed fishing, camping, golfing, gardening, bridge, beach trips and watching many family sporting events.  Jerry also enjoyed cheering on the Portland Trailblazers with his family.  During a game in 2014, he was honored for his military service as a Home Town Hero and was touched to receive a standing ovation.

A memorial service will be held at 1:00pm, January 15, 2019, at the Gresham Memorial Chapel.  Jerry will be interred at a later date at Willamette National Cemetery.  In Lieu of flowers, donations may be made to SnoCap in Jerry’s name.