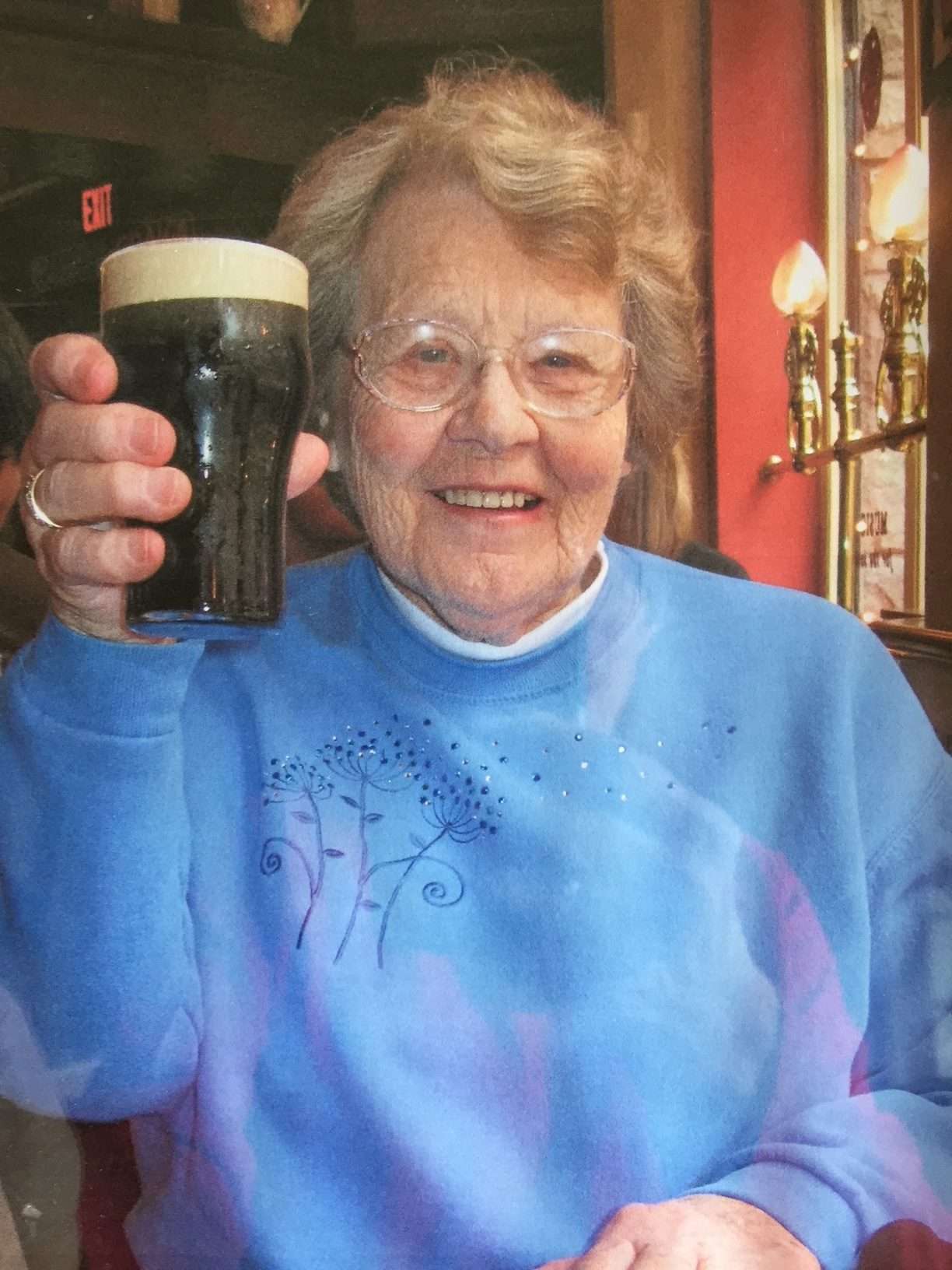 Genevieve Mary Ann Collins reached her 100th birthday on April 14th of this year.  On Thanksgiving evening she celebrated another birthday as she quietly left us to begin her eternal life in heaven.

Her childhood began quietly since her father, Lt. Frederic Crane, had died of WWI related injury just four months before she was born.  But Genevieve and her mother, Margaret Crane, quickly learned a new meaning of the word “family” as she grew up surrounded by aunts and uncles and many cousins.

After graduation from St. Mary’s Academy in Portland, Genevieve attended Mt. Angel Normal School (college for women) and graduated ready to teach elementary school. But she had some living to do first. In 1939 Gen and a cousin traveled to Seattle and got jobs as waitresses to learn what earning a living was all about. Then came the war effort and Gen went to Los Angeles to do her part in an airplane factory.

As production was winding down, Gen returned to Portland. She and another cousin worked at Jantzen Beach and it was there she met a dashing young man in a Coast Guard uniform and it was love at first sight. She and Marvin Collins were married the next year. Soon they were a young family with two children, Peg and Tim, and living just a path through the grass to Gen’s childhood home next door.

During her married life, Genevieve taught in the Rockwood and Portland Public Schools, mostly at Kellogg School on SE Powell Blvd. She retired in 1983 after teaching 7th grade for 34 years.  In 1988, Marvin died of heart disease and in 1989 her mother, Margaret, passed away. Gen then entered a new phase of life… that of a traveling Grandma.

When she wasn’t taking Peg’s children to and from school or activites, she was headed up I-84 to visit Tim’s children in Baker City.  She delighted in her grandchildren and stayed involved in their lives.  Genevieve never lost her love to travel. God blessed her with good health and someone was always ready to fly away with her.  She got to visit several big cities in the U.S. and made two trips to Europe and even a cruise through the Panama Canal.

In 2014 Genevieve was diagnosed with Dementia. She was able to stay in her own house for two more years with her grandson, Jim, in residence as night-time caregiver.  In 2016 Jim passed away and she moved to Powell Valley Assisted Living and two years later into their Memory Care facility.

Private interment at WNC, services to be held at a later date.

Private interment at WNC, services to be held at a later date.