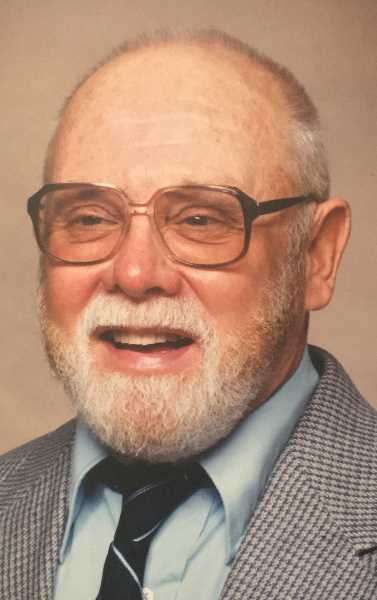 Elmer R Reed of Gresham Oregon passed away Wednesday, July 28, 2021 at the age of 91. Elmer was born to Ernest and Nina (Draggoo) Reed in Yakima, Washington August 5, 1929. He was raised in the Yakima suburbs and attended Naches schools. While in the US Navy from 1948 until 1952 he served on a destroyer class ship and saw combat in the Korean War. In 1953 he married Marian Booth, also of Yakima. After graduating from Perry Technical Institute with an Airframe and Power plant Mechanic license they moved to the Seattle Area in 1956 where Elmer worked for Boeing on the experimental B-52 project, the lunar rover testing project as well as others. They purchased a small farm near Auburn, Washington where they raised their 3 children. In 1975, they moved to the Portland, Oregon area where he worked for Fred Meyer Distribution Center. After retirement in 1992, Elmer and Marian enjoyed many years of traveling throughout the U.S. in their RV and spending the summer in the Pacific NW, fishing, crabbing and camping with friends and family. Elmer enjoyed working in his woodshop and regularly attending gym classes.

He is preceded in death by his wife of 63 yrs, Marian (Booth) Reed. Elmer is also preceded in death by his mother, Nina, in 1934 when he was a small child; his father Ernest; Stepmother Rachel; and all 10 of his siblings. Elmer is survived by son Rodney Reed (Jenny), daughter Norma Gage (Perry), daughter Linda Wood; grandchildren Lance Radler, Aaron Reed, Max Wood, Amber Wood, Caitlin Wilhelm; 5 great grandchildren, Kacey, Tayler, Alena, Jordynn and Addison, as well as numerous nieces and nephews and a very large extended family of grandchildren.

A memorial service will be held Saturday, August 28, 2021, 11 AM at Gresham Memorial Chapel.