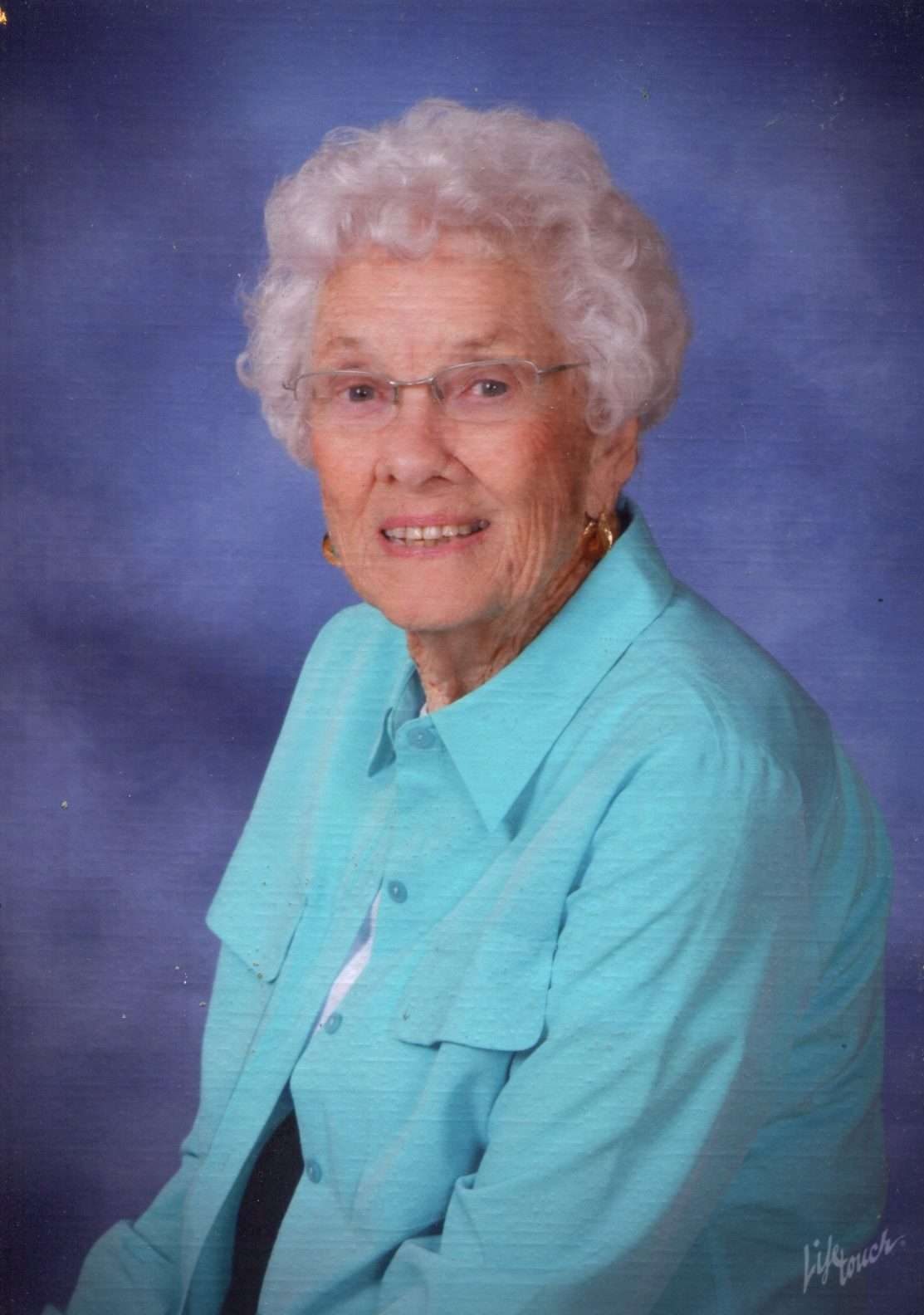 Louise Dix passed away November 1, 2022. She was 98 years old. Ella Louise Wall Dix was born August 1, 1924 in Gresham, Oregon; the fourth of six children to Ezra and Alice Wall and their last surviving child. She attended Gresham Elementary and Gresham High School, where she met her future husband Robert Dix. He said he knew she was the girl for him the first time he saw her. They graduated in 1942. Louise and Bob were married on October 2, 1943 in Pocatello, Idaho. They enjoyed going out dancing every chance they got.
Their first shared residence was in La Jolla, California where they lived a short period when Bob first entered the Navy. During this time Louise worked for a bank, as she had done previously in Gresham, learning and practicing book keeping skills that she would use for many years on the farm.
Louise and Bob purchased their first small farm in Pleasant Home, Oregon shortly after Bob left the Navy in 1945. The first year it rained through the picking season and Louise said, “They learned the hard way.” That was the humble beginnings of 40 years of farming berries together.
A few years later they settled in Troutdale, Oregon and purchased 40 acres of beautiful farm land on a hill overlooking the Columbia River, starting Dix Farms, where they employed many of the local area youth as berry pickers through the 50s and 60s. In all her years with Bob, Louise was side by side with him in everything.
Louise and Bob had three children; Kathy (Steve), Julie (Larry) and Robin. They suffered the tragic losses of both Robin (1982) and Julie (1995) and showed great strength, compassion, faith and resilience through those hard times.
Louise enjoyed traveling of all kinds with Bob, family and many friends through the years, including a 1966 cross country trailer trip with Bob and the kids among many others. She and Bob enjoyed many trips to their Puget Sound and Cape Meares beach homes, along with many travels abroad. Louise also enjoyed golfing, tole painting, Blazer games, attending her church Mariners activities with many treasured friends, bird watching, crossword puzzles, strawberries and ice cream, pulling out the old maps and reminiscing about the many road trips and routes they took, and getting out to every grandkid and great grandkid sporting event possible. Her life was truly full.
Louise and Bob have eleven grandchildren and twenty five great-grandchildren. Louise was a hero to her family and will be remembered for her quiet strength, strong mind, and enduring love.
A memorial service will be held in Louise’s honor on Saturday, November 12 at 3pm at Smith Memorial Presbyterian Church in Fairview, Oregon.

A memorial service will be held Saturday, November 12 at 3:00p.m. at Smith Memorial Presbyterian Church 2420 Fairview Ave, Fairview, OR 97024