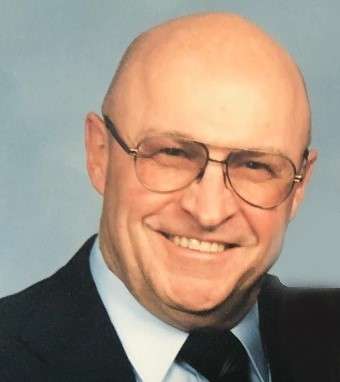 On March 16, 2020, Edward Ernest Ashley, surrounded by his family, passed away peacefully at his home and now rests with his Heavenly Father.

Ed was born on February 11, 1930, the first child of Clayton Earl Ashley and Dorothy (Dot) Ora Mina Pearce Ashley, where he spent his childhood and adolescent years on the Ashley farm two miles east of Antler, North Dakota. During Ed’s early years growing up on the North Dakota farm he developed strong work habits, an amazing ability to make meaningful relationships and a positive outlook towards his life and that of others. This stalwart trait that Ed carried through his entire life can be seen where he was immortalized in the May 21, 1948 edition of the Minot Daily News when Eddie set a record running the 100 yard dash in Westhope, ND at a blistering 10.2 seconds and held the record for 29 years.

On July 6, 1951 he married the love of his life Vera Colleen Stratton, enjoying nearly 69 years of marriage. With Vera by his side, Ed joined the Navy for 4 years and held the rank of Aviation Electrician First Class. After the Navy, he attended North Dakota State University to earn his Bachelor of Science Degree in Electrical Engineering, where he found his passion for electricity and later earned his Professional Engineer license in Oregon State. In 1959, Ed began this career with the Corps of Engineers and was assigned to Bonneville Dam as a young Engineer. His career progressed well and was promoted to the Little Goose Dam on the Snake River as Project Engineer, then a welcome return in 1972 brought him back to Bonneville Dam as Project Engineer. Ed went on to advance his career to Acting Chief of Operations in the Portland District, responsible for all the Hydro Projects on the Columbia and Willamette Rivers. He retired from the Portland District at 55 yrs. old, and became a National Electrical Code inspector for the city of Troutdale, Oregon where he lived for the remainder of his life.

Ed loved everything about the beautiful Columbia River Gorge. He enjoyed water and snow skiing, boating and fishing. He also spent adventurous times at Neskowin Beach, summer trips back to the Ashley Farm for harvest and to visit with the people dear to his heart.

With the passing of Ed, there remains’ many fond memories by his family who he had proudly loved, encouraged, assisted, and helped educate throughout his long life of 90 years. He not only provided guidance to his own children and their spouses, who each obtained very rewarding careers, but the same energy level of guidance to his grandchildren who also became very successful in life. Ed had many titles, awards etc. but the most rewarding honor for him was to be referred to as Husband, Dad, Grandpa and Great Grandpa.

For those of us (and there were many) who were so fortunate to have been graced by Ed’s compassion, loyalty and fierce friendship will all be better for it.

A memorial service will be held for Ed at Gresham Memorial Chapel and a graveside service at Willamette National Cemetery on a later date.

You will be missed dearly Ed Ashley, “Stay between the ditches”