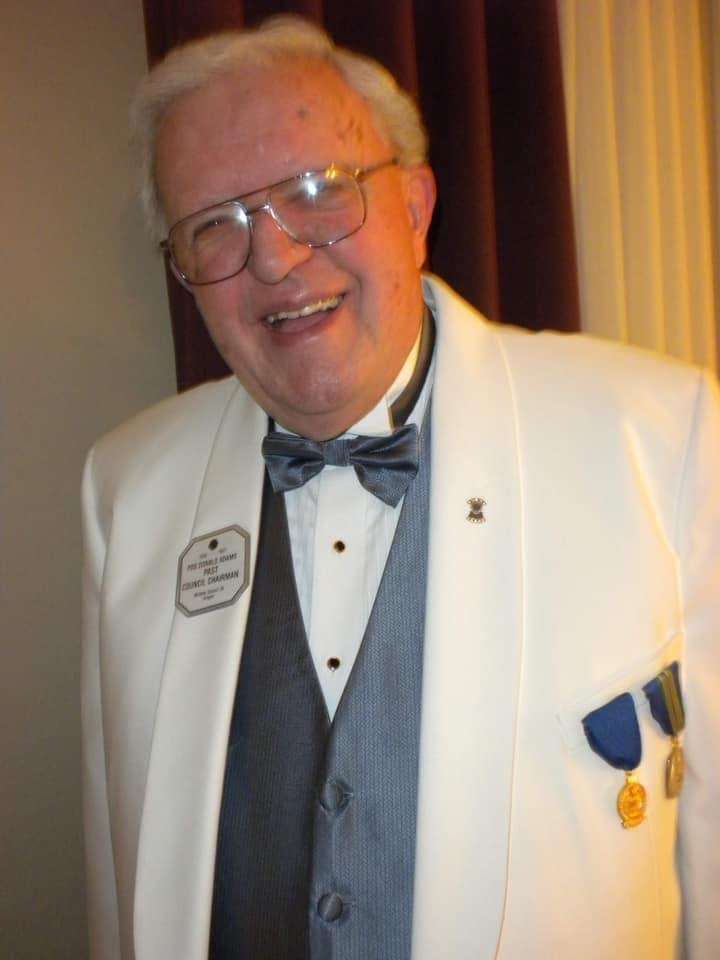 I was born on September 8, 1930 in Newton, Iowa. In 1939 my parents, sister and I moved to Detroit, Michigan where I completed my high school and ROTC education graduating from Cass Technical High School.

We moved to Portland in 1948. I went to work for Premier Gear and Machine Works, a company that manufactures veneer lathes for the plywood industry. I spent over 60 years traveling the world for Premier.

In 1949 I met Ethel Bolster at Centenary-Wilbur Methodist Church. We married on November 18, 1950 and raised two daughters, Sherice and Gina. Ethel passed away in 1998. Currently I have four grandsons, one granddaughter and six great-grandchildren.

On November 16, 2006 I married Nancy and inherited a harem of nieces and great-nieces. Nancy and I met through the Masonic family over 50 years ago.

My service activities have included the following organizations:

· While active in the Lodge I was selected Associate Guardian of Job’s Daughters, Bethel #19 in Gresham from 1968-1969.

· I became involved in District Lions activities by becoming Zone Chairman in 1984 and Deputy District Governor in 1985.

· Further District activities beckoned and I became District Membership Chairman in 1986, 1987 and 1988. In 1987 and 1988 I was the General Chairmanship of Operation Phone Book.

· The Multiple District also found things I could do by allowing me to be the State Pin Chairman from 1985 through 2017.

· Besides thoroughly enjoying my Lions’ experiences, I have been honored to receive the Gresham’s Lion of The Year Award in 1984.

· I was District Governor of District “O” in 1989-1990, have two club extension awards, and am an Oregon Lions Sight & Hearing Fellow and a Progressive Lions Club International Fellow.

· I have been honored to serve as Oregon Lions Executive Administrator from 2002 through May 2011. If you have read this far, I’ll only add the comment…if you want to really enjoy your Life and Lions – GET INVOLVED! It’s a lot of fun and the more you do, the more you will enjoy!