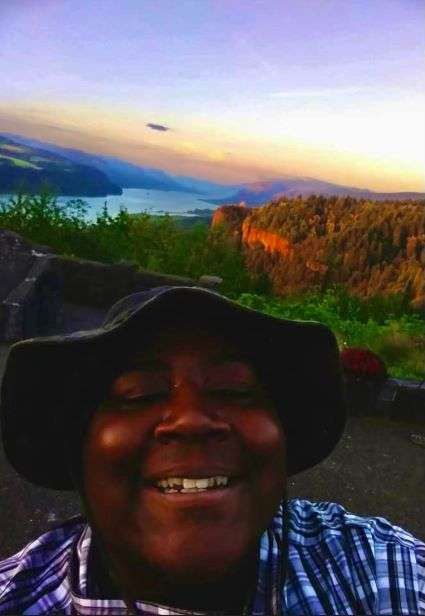 On July 23rd, 2021 at just 25 years old, Demond Hart Jr lost his life unexpectedly and passed away in his sleep.

Demond Hart Jr was born at Kaiser Sunnyside hospital on April 29, 1996 to Aliya Shamsud-Din and Demond Hart Sr. First thing noticed by his Mom was the size of his hands…He was a whopping 10 lbs. 2oz at birth! Larger than life from the start.

Demond Jr, affectionately called DJ, by those who know and love him began his education at Sacajawea Pre School, Vernon Elementary, then East Gresham Elementary school, went to Tongue Point Job Corp in Astoria, OR and up to the 10th grade at Gresham High school. He had ambitions to continue his education.

DJ had a passion for music. He would make his own beats, and write his own lyrics, play keyboard and more. DJ could also sing! He loved sharing the latest songs he heard or was into at the moment. With his deep baritone voice, he would’ve excelled at voice acting, something he had thought of doing. He would have done well singing, voice acting or really anything he chose.

DJ was loved by many, and will be missed by us all. He leaves to mourn his passing Mother Aliya Shamsud-Din, sister/bro-in-law Kayla & Marcus McCauley (nephew/niece Jeremiah and Kaliyah McCauley), sister Shoné Shamsud-Din (niece/nephews Zeriah Morrison, Dezmond and Landon Clifton), sister Aliya Joshelle Sweet all of Portland, OR, Father Demond Hart Sr (sisters Daelon and Dyliss Hart) of Nevada; (brother Nyeim Demond) of Portland, OR.  Grandmother Bernice Hart and Uncle Jewell Hart of Portland, OR, Uncle Matthew Lilly and Bilal Shamsud-Din of Portland, OR, Uncle Ife Ina (fka Mark Lilly) of Washington, Aunts Kalima Torrence, Sherrena Torrence Saint Preux of Portland, OR, Aunts Pamela Black, Wanda Torrence and Sheila Torrence of Atlanta,  plus a host of other friends and family.