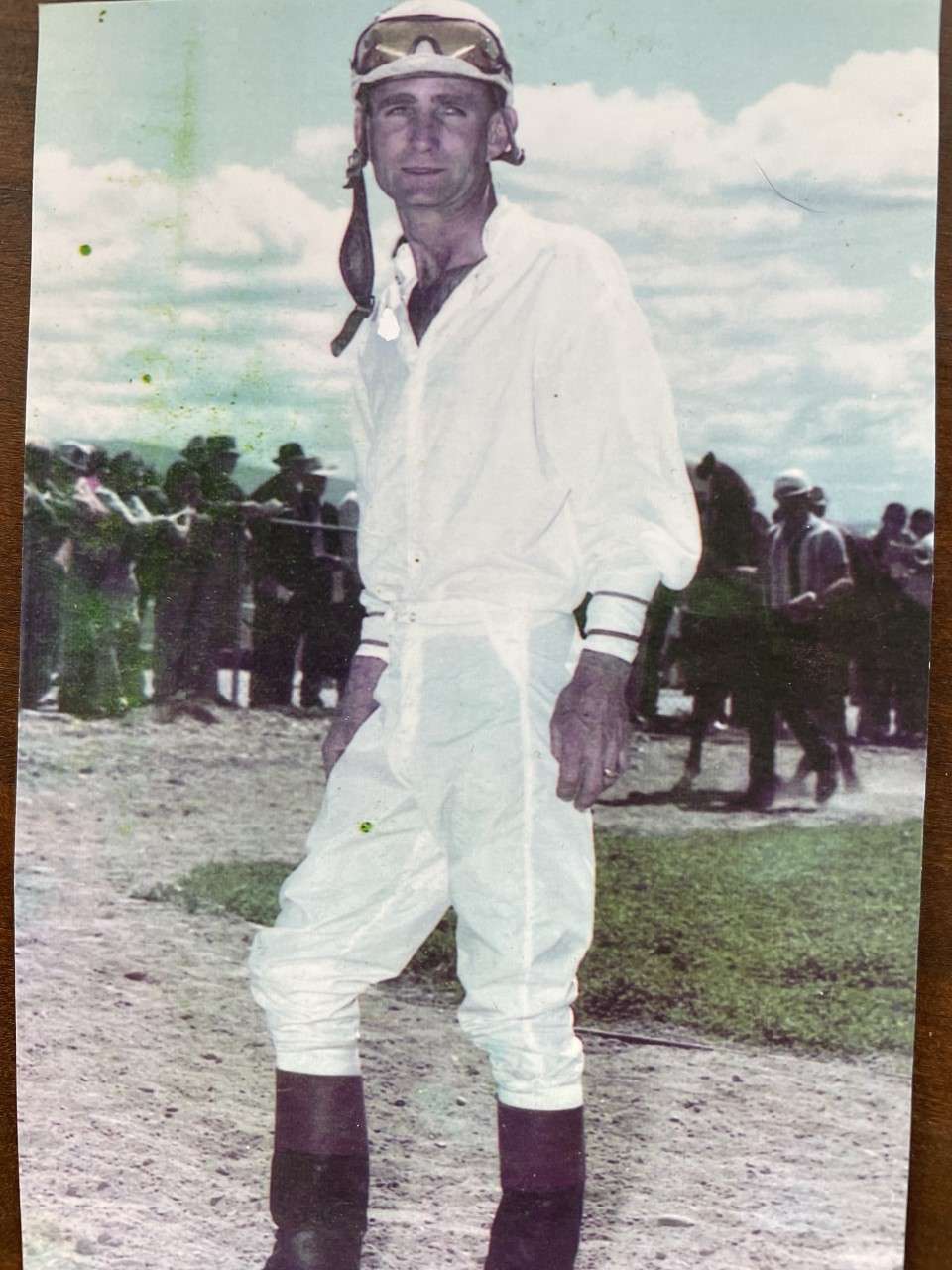 Born into an Oklahoma family of horsemen in 1934, it is no surprise that Court chose a career doing what he loved. At a very young age his family left for California to escape the deadly dust bowl, they returned to Oklahoma when he was 13 and purchased acreage. By the age of 14 he began riding quarter horse match races on Oklahoma tracks.

Age 18, he graduated from Perkins High. Representing the state of Oklahoma competing in livestock showing and judging throughout the Midwest, Court earned a two-year scholarship in Animal Husbandry, dairy cattle and products. Of course, every weekend and free day was spent riding and racing, including a period of competing in rodeo rough stock events (bull and saddle bronc riding).

From 1954 thru 1961 Court worked at his mother’s upholstery/drapery shop while racing on weekends; this included the Oklahoma Futurity & Derby trials and matched races in Muskogee, Tulsa and various tracks in Oklahoma and Texas, mostly on quarter horses. Appaloosa’s were just beginning to race on parimutuel tracks, and he rode those races too.

In 1962 trainers asked him to ride thoroughbreds from spring to early fall at Centennial Park Denver and eventually in Phoenix and Tucson. His career as a Jockey eventually led to the NW & California circuits. While riding the NW circuit in the early 1960s, he met the love of his life, Nancy. Court and Nancy were married in January 1965 and were joined by their first son Colton in 1969 and second son Clay in 1972.

In 1974 Court went down while horse racing at Santa Rosa. The horse behind him clipped the heels of his horse. He suffered a serious neck injury and was advised to retire. But retirement did not end riding, as he became a successful jump rider with a stable owned by Nancy and Court. He served as Assistant Racing Secretary and Patrol Judge at Portland Meadows for Jerry Collins, who owned the track.

Court and Nancy eventually sold their stable, NK, and moved to Corbett, Oregon in 1979. During this time, he started a 20 plus year career as a rural mail carrier for the US Postal Service. Never one to stay idle, as all of you know, he never really hung up his spurs and immediately returned to horses upon retirement. He became a licensed racehorse trainer in Oregon, Washington, California and British Columbia. In 2006 he was inducted into the Appaloosa Hall of Fame by setting more world records on Appaloosa’s than any other jockey at that time.

Although Court ran his last race on December 24, 2020, he leaves behind his beloved wife of 55 years. His son’s loving families Colt and Marlys, Arowyn and Addison (granddaughters), and Clay and Jami Courtright. And all of you, his good friends.

Court will always provide a strong inspiration as he truly lived, loved, looked for the good in people and situations, and remained positive with a can-do attitude throughout his life.

A Celebration of life will be held at a later date