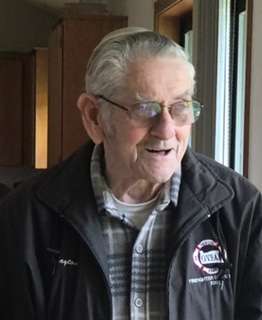 Long-time Corbett resident Bob Layton passed away January 10, 2022, at the age of 87. The youngest of ten sons, Bob was born in Dublin, Georgia, to Benjamin and Callie Layton, July 23, 1934. At the age of 9, Bob came to Oregon in 1943 with an older brother and he lived in the Corbett area the remainder of his life. Bob graduated from Columbian High School (now Corbett High School) in 1953. He married Dona Schneringer in 1956 and they had two sons, Doug and Dan. Bob and Dona lived in their home on Larch Mountain Road their entire 65 years together.

Bob went to work at the Bridal Veil Lumber and Box Company right out of high school. Bob was in the U.S. Naval Reserves from 1956 to 1960. In 1961, Bob joined the Multnomah County Road Department where he worked as a truck driver and heavy equipment operator until he retired December 31, 1995. One of his assignments with the road department was driving snowplow. To this day, some residents in the area still express gratitude for the way Bob cleared the road while leaving the entrances to their driveways open during heavy snowstorms.

Bob served the Corbett community for many years and in many ways. He was one of the founding members of the Columbia Gorge Little League in 1969. This group formed four local teams to provide kids under the age of 13 an opportunity to play baseball. Bob coached the “Yanks” for three years. Helping with set up and clean-up activities, Bob assisted the Corbett Education Foundation with their annual fundraising activities for several years. His most widely known contribution to the Corbett community was his 59 years of service to the Multnomah County Rural Fire Protection District #14. During his tenure with RFP #14, Bob served in a number of capacities, from firefighter to chief (1976 to 1980). He was a driving instructor, held the rank of lieutenant, and was captain of the fire tender from the Corbett fire station when he retired from the department in May 2016.

In recognition of his dedication and service, Bob was selected RFPD #14’s Officer of the Year in 2000. That same year, he was also awarded the Oregon Volunteer Firefighters’ Association Oregon Volunteer Firefighter of the Year recognition. That organization also awarded Bob the Lifetime Achievement award in 2006. Bob and Dona were chosen to be Grand Marshalls of the Corbett Fourth of July Fun Festival parade in 2007 in recognition of their community support. The East Multnomah County Pioneer Association presented Bob with the President’s Award in 2016.

Bob was predeceased by his parents, brothers, and son Doug. He is survived by his wife Dona; son Dan; grandsons and their wives, Shawn and Karen Layton, and Jason and Jana Layton.; great-grandchildren Abby and Aiden Layton and Bella Sackett; and numerous other family members.

A Celebration of Life will be held Saturday, July 23, 2022, at Rooster Rock State Park. In lieu of flowers the family asks that donations be considered for either RFPD #14 Benevolence Fund or Corbett Education Foundation for the Bob and Doug Layton Memorial Scholarship.

A Celebration of Life will be held Saturday, July 23, 2022, at Rooster Rock State Park