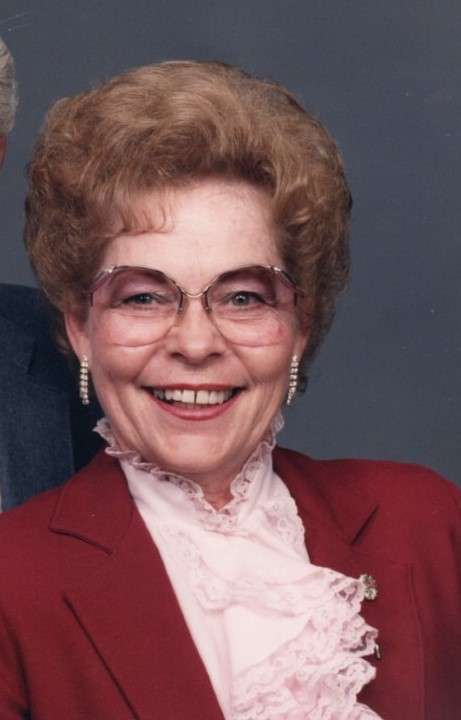 May Caudle was born May Louise Salte on November 11, 1932 in Columbus, Montana and passed away August 19, 2022, just a few months prior to her 90th birthday.

May was the second born, but first surviving, child of Arne Olson Salte and Gertrude Anna (Lindau) Salte. She was the eldest of five children.

May married Wesley Jacobs at a young age, and from this union she had four children: Robert, Clifford, Larry and Myrna. The marriage ended in divorce, and May waitressed, got her GED, and became a bookkeeper in order to support and raise her family.

In 1975, May was able to travel to Norway to meet up with her Father who had already been vacationing there. It was then she met her Aunts, Uncles and Cousins on her Father’s side, and she immediately fell in love with the land and her Norwegian family and has remained in contact with them. That was her last memory of her Father.

In 1976, May married Roy Claeys and moved to Bremerton, Washington. She lived there until the marriage dissolved in 1986. Although she had made many friends and was very active in the Sons of Norway, May moved back to Portland to be nearer to her family.

In 1987, May re-acquainted with Lester Caudle who she had previously met sometime in the 60’s while she was working as a bookkeeper for Ike’s Inland TV & Radio Service. May and Les were married in 1988 and remained so until Les’s death in 2014.

May and Les had a routine of going to “Dea’s In & Out” on Sundays for breakfast, which is where they met Jack Corley. After Les’s death, May and Jack became friends and enjoyed spending time together, mostly going for car rides and going out to eat, and continuing to go to “Dea’s” on Sundays. After things were closed down due to Covid, Jack would spend his evenings at May’s while she prepared supper, or he would bring food to her. Jack passed away in January of 2022, and this left a big void in her life.

May was an avid bowler. Pre-covid, she was bowling with the Tuesday Strikettes Bowling Team. She loved her flowers and her hummingbirds. She also volunteered at the Eagles and Elks lodges in Gresham, and she was a life-long member of the Sons of Norway. May was very proud of her Norwegian heritage.

May was very social and enjoyed getting together for card games, Bunco and 7-up.

She also enjoyed playing video poker, but usually a $5 limit per week at her Sunday breakfasts at “Dea’s”. May loved to dance and was conscientious of her outer appearance, having a standing weekly hair appointment. She was always a very well-dressed, poised lady.

May’s oldest son, Robert, preceded her in death after a battle with cancer. She leaves behind her two sons, Clifford and Larry, daughter, Myrna, and daughter-in-law, Robert’s wife, Sharlyn Jacobs, as well as her brother, Arne James Salte from Columbus, Montana, her cousins from Norway, two grandsons, three great-grandsons, and one great-great-granddaughter, and nieces and nephews.

Services will be held Saturday September 10, 2022 at 1:00 pm at Gresham Memorial Chapel. A graveside service for extended family will be held at Forest Lawn Cemetery in Gresham on the 9th of September at 2:00 p.m.

She will be missed by her family, her many friends, and her wonderful neighbors who always look out for each other.

Services will be held Saturday September 10, 2022 at 1:00 pm at Gresham Memorial Chapel. A graveside service for extended family will be held at Forest Lawn Cemetery in Gresham on the 9th of September at 2:00 p.m.